Praises Israelis as "fighters" & "survivors", undermining the Palestinian cause 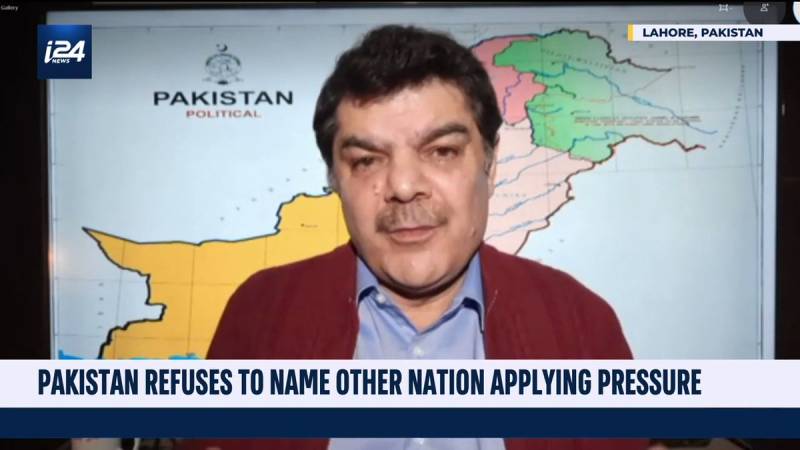 “I am one of those people who say we should shake hands and we should have diplomatic ties,” he told the i24News – an Israeli international 24-hour news and current affairs television channel located in Jaffa Port, Tel Aviv – in an interview.

In a veiled reference to Palestine, he went on to say that "we should not fight the others' wars."

Lucman, who was a member in the cabinet of former military dictator Pervez Musharraf, said he believed Pakistan should revisit its foreign policy and be friends with every state.

“But there is a majority of people who don’t agree with me and look down on me because of my opinion...but I must say that Israel is ‘not a dream but reality’. It’s an important country, a very very vibrant country,” he added.

“Israeli nation, they are fighters and survivors, like Pakistanis," he further said.

Lucman, who hosted Khara Sach, stressed that if Israel and Pakistan ever have to shake hands they should do so without the assistance of the United States or any other stakeholder.

The people of both countries are "ill-informed about the matter", he continued, and "need to be educated properly about each other."

"It is time for Pakistan to be 'friends with everyone', including Tel Aviv."

Since Monday, #MubashirLuqman is trending on Twitter with social media users strongly rejecting his stance on the matter.

It’s a shame how he can sit on the #Israel tv and give an interview after what they do to the #Palestinian people. We can never be friends ever & stop this nonsense #StopNormalizingIsrael #MubashirLuqman pic.twitter.com/JZztDqWaRe

Many of the social media users also unfollowed the TV personality, calling upon others to boycott him as well.

Lucman's controversial interview comes amid reports circulating on international media, suggesting that there is "pressure on Pakistani state to recognise Israel."

Earlier this month, Pakistani Prime Minister Imran Khan also appeared to confirm that there was pressure on Pakistan to sign such an agreement.

However, Pakistani foreign ministry spokesperson Zahid Hafeez Chaudhri said in a statement released on Tuesday “that the Pakistani Foreign Office categorically rejects baseless speculation regarding the possibility of recognition of the State of Israel by Pakistan”.

Recognition of #Israel is not under consideration.

PM @ImranKhanPTI’s statements in this context have been clear & unequivocal. PM has made it clear that unless a just settlement of Palestine issue, satisfactory to Palestinian people, is found, 🇵🇰 cannot recognize Israel. 1/2

Saudi’s foreign minister Prince Faisal bin Farhan Al Saud, however, denied the report and Netanyahu’s office did not comment on it.