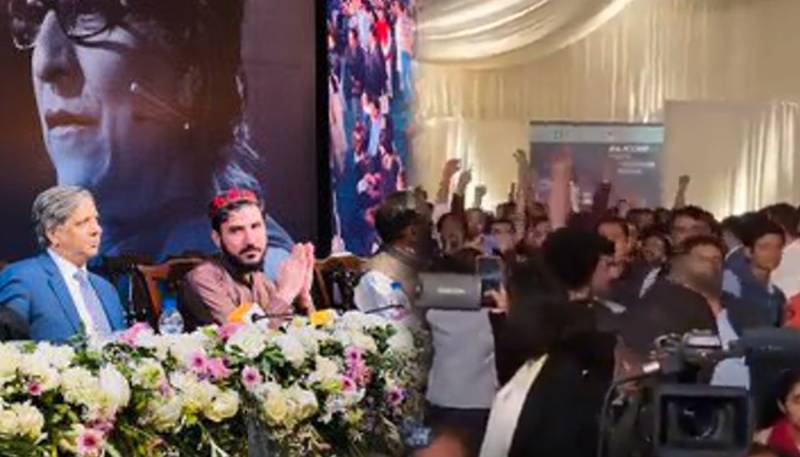 Clips of some of the participants targeting the country’s armed forces for terrorism drew condemnation and sparked outrage on social media. Manzoor Pashteen’s supporters can be seen chanting slogans against the army in an attempt to provoke people against forces.

As the outrageous clips went viral, PM Shehbaz Sharif condemned anti-army sloganeering, calling it unfortunate that such forums were being used to target the armed forces.

The premier reiterated that the ruling alliance is firmly committed to ensuring the freedom of expression however lamented that the conference was used for partisan political interests.

Using forums like Asma Jahangir Conference for sloganeering against the army was unfortunate, he said adding that our forces are sacrificing their lives to save Pakistan from internal and external threats.

He also called on the masses to be more responsible in public.

Pashtun Tahafuz Movement chief and controversial leader Manzoor Pashteen was booked under sections of terrorism for slamming army generals during his speech at the Asma Jahangir Conference.

During his speech, the human rights activist named blantantly institutions behind the killings of people in tribal regions.

After Manzoor's hate-mongering speech, a complaint was filed against him for attempting to create resistance amongst the public against the armed forces.