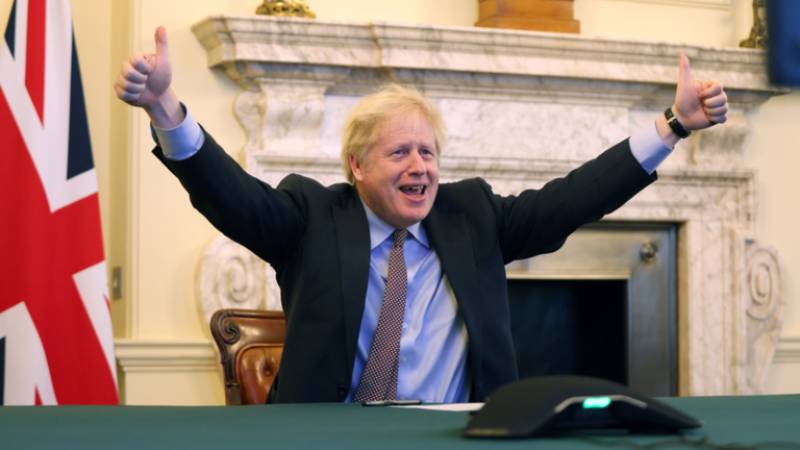 LONDON – Britain on Saturday published the text of its trade agreement with the European Union (EU), just a week before the end of the Brexit transition period.

Both sides reached the agreement on Thursday in the middle of the coronavirus pandemic. The development marks the departure of the UK from world’s one of the major trading bloc after 40 years of its membership with unprecedented tariff-free access to the single market of 450 million consumers.

The UK will formally depart from the EU in January, the BBA reported.

The 1,246-page document carries details about both sides relationship on nuclear energy law enforcement and dispute settlement, as well as a series of  joint declarations.

The United Kingdom has agreed a Free Trade Agreement with the European Union.

See what this deal means for you ⬇️ pic.twitter.com/x4DetmQqcO

“These Agreements are designed to honour the instruction of the British people – expressed in the referendum of 2016 and the general election last year – to take back control of our laws, borders, money, trade and fisheries. It changes the basis of our relationship with our European neighbours from EU law to free trade and friendly cooperation,” said the UK PM office.

PM Boris Johnson in a foreword to the summary wrote: "While we made our fair share of compromises during the negotiations, we never wavered from the goal of restoring national sovereignty — the central purpose of leaving the EU."

"I have always said that Brexit was not an end but a beginning: the start of a new era," he said.

After the deal, the UK will have control of its laws, borders, trade and fisheries.

LAHORE - This is an established fact that developed countries achieved high rates of sustained -economic growth because ...