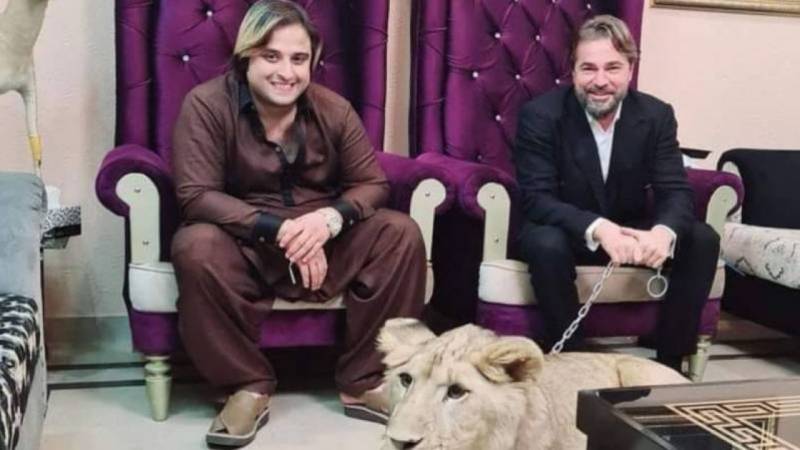 LAHORE - Kashif Zameer, a Pakistani businessman who first hosted Turkish star Engin Altan in Pakistan, has landed another controversy as he is facing allegations of kidnapping and torturing a social activist for allegedly exposing his fraud with the Ertugrul’s lead character.

Ali Virk, an activist from Hafizabad, accused that the blonde-haired TikToker tricked him for a meeting when he held him hostage and tortured him.

“I jumped off the moving vehicle to save my life,” he told to local media. Virk claimed that Zameer was avenging for exposing him on social media.

According to police, steps are being taken to arrest the suspect.

There is no reaction from Kashif Zameer.

However, the businessman in an exclusive interview with Daily Pakistan rejected allegations of defrauding the Turkish star. He said that the amount payable to Altan is stuck at the State Bank of Pakistan as it seeks evidence to prove the money legal before transferring it to the Turkish star.

Here is the complete interview;

On Thursday, Zameer reassured the Pakistanis that Altan will visit Pakistan soon. The reassurance from Zameer comes more than a week after Engin Altan Duzyatan announce to cancel his $0.5 million agreement with the Pakistani company.

Earlier, Kashif was held by Lahore police in a raid led by SSP Investigation for hurling threats at a private TV channel reporter, Hammad Aslam. His security guards were also taken into custody.

A day before his arrest, the Sialkot-based businessman said that the million-dollar deal with Mr. Altan was made for advertising his companies’ products, including clothing and glass. Kashif revealed that half of the amount was paid to the actor in advance, and the remaining will be handed over to him after shooting the advertisements of the products.