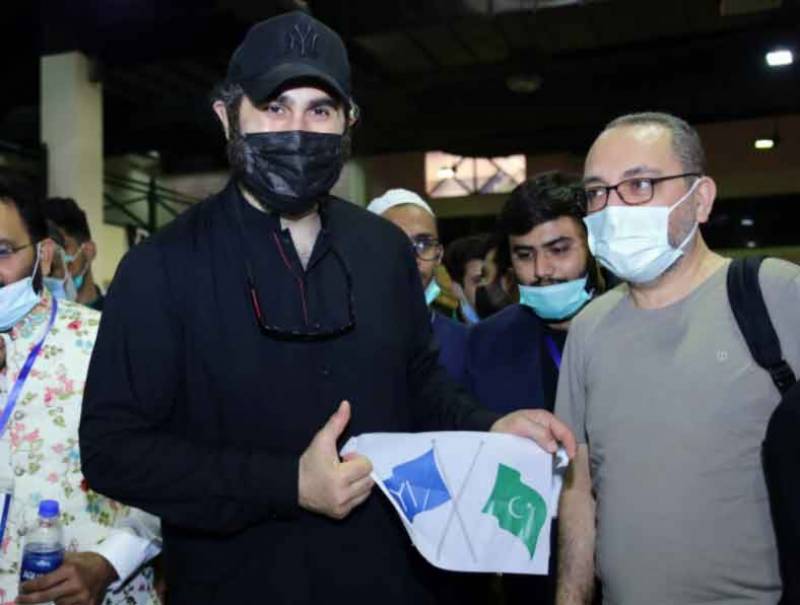 Ertugrul star Celal AL is winning hearts in Pakistan as he led a blood donation drive at Karachi’s Expo Center. Hundreds of people flocked to the location to donate blood.

Becoming a crucial contributor, the 36-year-old has been promoting the cause of blood donation which is directed towards children ailed by Thalassaemia and other related blood diseases.

Landing in Karachi ahead of the blood drive organized by the Omair Sana Foundation, Celal AL donated blood the second time in Pakistan.

Moreover, an impressive amount of people thronged the Expo center where the majority was of students who were eager for donation.

“Today I’m donating my blood for the second time for Pakistani children suffering from Thalassemia,” Celal was quoted as saying at the inauguration. “This will not only strengthen the bond between Turkey and Pakistan but will also encourage others to donate blood.”

Furthermore, he declared he is delighted to visit  Pakistan whenever he is invited as he considers Pakistan his second home. Moreover, the immense love from Pakistani has contributed to his popularity in Pakistan.

The Turkish star was accompanied by Tolga Uçak, the Turkish Consul General in Karachi, and the chairmen of the Omair Sana Foundation, Dr. Kashif Ansari and Dr. Saqib Ansari. The mega blood camp was set up to collect blood for children suffering from Thalassemia and other such blood disorders.

Pakistan and Turkish celebrities are becoming quite the companions and the audience is loving it. Warmly welcoming ...