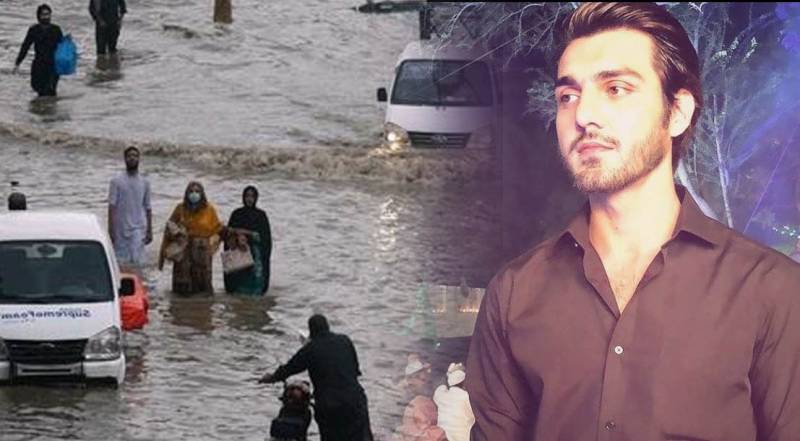 Deeply disturbed by the situation in the port city, the 29-year-old took to social media where he cursed the local administration as several neighbourhoods were partially submerged in the city, which is home to around 16 million people.

“Just sad to see my beloved city in such condition, politicians and govt officials, I hope your graves be flooded with the grey water entering peoples homes and streets," he wrote on Twitter.

The actor added that incapable people cannot do anything right.

Just sad 2 see my beloved city in such condition, politicians & govt officials, I hope your graves be flooded with the grey water entering peoples homes & streets - incapable people cannot do anything right.

Other Pakistani celebrities like Adnan Siddiqui and Faysal Qureshi also expressed their concern and disappointment at the situation in Karachi.

Over the weekend, pictures and viral clips on social media showed Karachiites wading through knee-deep water. Several vehicles were left stranded in rainwater.

With 86.5mm of rainfall in Karachi, Quaidabad, Saddar and Gulshan-e-Hadeed were the most-affected areas. Torrential rains devastated old infrastructures, including bridges, highways and roads and disrupted traffic.

ISLAMABAD – At least fourteen people died, while scores of citizens were shifted from inundated areas as heavy ...

Some other regions in Pakistan especially Balochistan too experienced extreme rainfall during the recent spell and death toll has topped 300 in Pakistan this season so far.

Life in Karachi has come to a standstill and has been badly affected by the vigorous monsoon as the urban flooding has ...