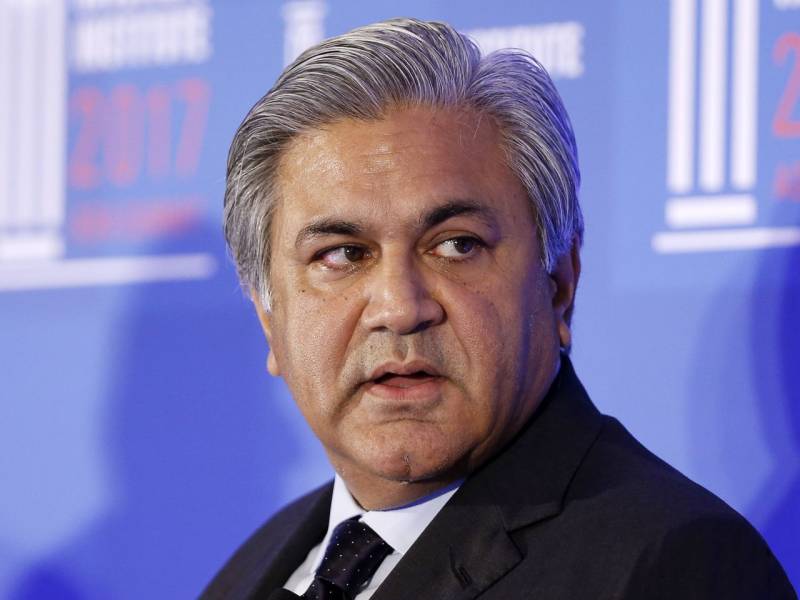 LONDON – A leading professor of human rights has written a book on Abraaj Group and its founder Arif Naqvi, the Karachi-born businessman who the US government wants to extradite from London in relation to the collapse of the equity firm.

Professor Brian Brivati, who is currently a visiting professor at the Kingston University and taught Human Rights and Life Writing full time at the university till 2019, has written “The Life and Death of the Abraaj Group: Arif Naqvi, a key man or the fall guy”, published by the London-based Biteback Publishing.

The Abraaj Group (Abraaj means ‘towers’ in Arabic) had just shy of US$14 billion under management by 2017; they were on the threshold of closing a new fund that would invest US$6 billion into these emerging markets.

According to a press release issued by Biteback, one of the most successful investments of Abraaj had been in Karachi Electric, the sale of which had been agreed to a Chinese energy giant and a sizable chunk of that new fund was going to come from Chinese investors.

In his extraordinary investigation based on extensive documentary research and dozens of interviews with the key players, Brian Brivati sets out to provide rather different answers to the five key questions that comprise this tale: who benefited and who suffered from the slowing and stopping of the sale of Karachi Electric to the Chinese? If Abraaj was an organised criminal conspiracy what exactly was stolen? Who benefited and suffered from the collapse of Abraaj? Who picked up the pieces of investments in the emerging and growth markets where Abraaj was dominant and who paid the price? How did the different actors in this story behave both inside Abraaj and from external agencies?

The press release says: “Naqvi was brash, arrogant, articulate and a bulldozing advocate for his firm and impact investment who suffered from the blindness of founder’s syndrome and the hubris of the great deal maker that bordered at times on a sense of infallibility. Immensely generous, his foundation in Karachi spent $100m of his own money on ambulance service and scholarships - he and Abraaj also underwrote the Dubai Art Fair for a decade. But he was also an outsider in Dubai, at Davos, and in the WASP dominated club of private equity. He was many things, but he is not a crook.

“Why has the dominant media narrative painted Naqvi an evil genius, the so-called ‘Key Man’ in an organised criminal conspiracy that is alleged to have lasted years but actually amounts to potential regulatory issues usually dealt, for those who are “one of us”, by fines and reprimands rather than threats of hundreds of years in jail. The demonic portrayal of Naqvi, echoing the line of the Trump-supporting Wall Street Journal, will feature in another forthcoming book, The Key Man.

Brian Brivati,  who has a twenty-year academic career at the Institute of Contemporary British History and then Kingston University as professor of contemporary history, human rights, and life writing, announced that his book will take lid off from the crucial facts that have never been told before as how the Abraaj was made to collapse.