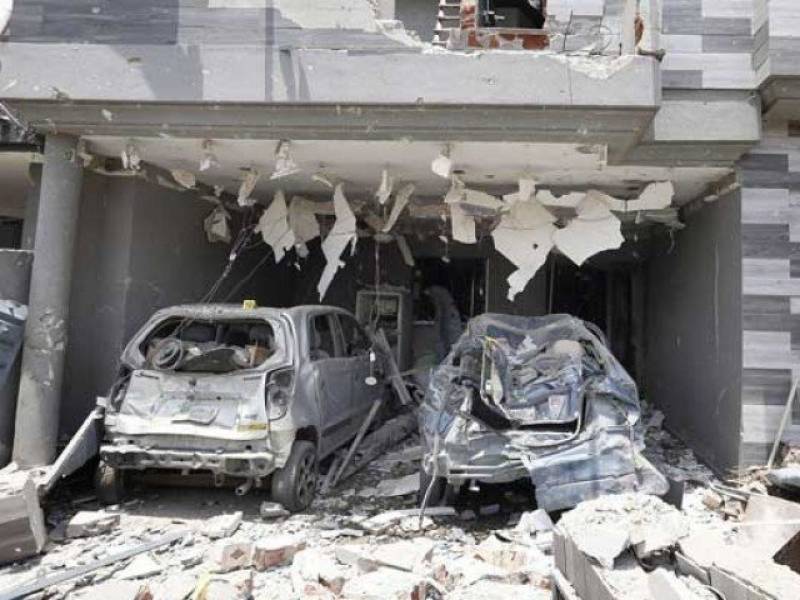 LAHORE – Security forces have arrested two more suspects in a case related to an explosion near the house of Hafiz Saeed, the chief of proscribed Jamaat ud Da’awa, in Lahore’s Johar Town area that killed four people and wounded 25 others.

Media reports said that the suspect named Sajjad Hassan, who had shifted the vehicle used for the blast to Lahore, was arrested from Mandi Bahauddin.

Hassan is reportedly an employee of Peter Paul David, who was arrested from Lahore airport earlier this week, and he had fled to his village following the arrest of his owner.

He has confessed to shifting the vehicle to Lahore during the interrogation.

On the other hand, security officials have arrested a female suspect, who remained in touch with David during his stay in Lahore. The woman, whose identity has not been disclosed, was arrested on the tip-off provided by David.

A hunt is underway for the suspect who had parked the explosive-laden vehicle near the house of Hafiz Saeed.

At least four people, including a man and his son, were killed in the blast while more than 2 dozens, including a policeman, sustained injuries when a bomb blast rocked a number of houses in the locality of Punjab capital.

LAHORE – The law-enforcement agencies (LEAs) Thursday claimed to arrest a terror suspect involved in the Johar ...