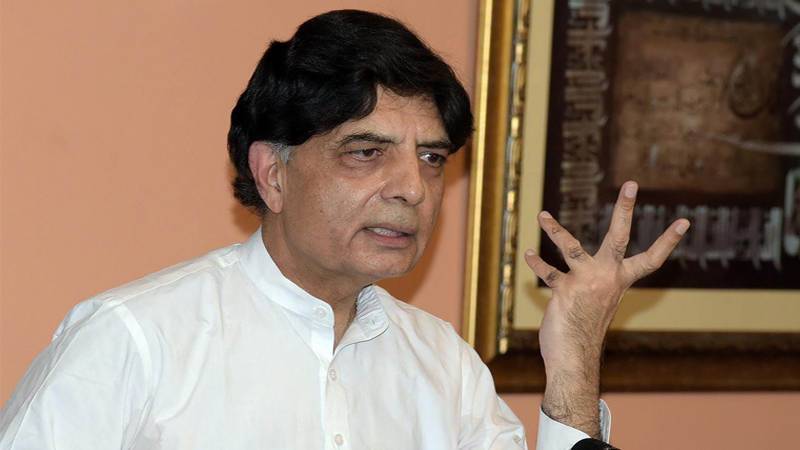 Nisar, who was one of the closest aides of deposed PM Nawaz Sharif, cleared the air during an interview with BBC Urdu days after Prime Minister claimed meeting with him during an interaction with journalists.

Khan continued saying that since the last three or four days he has been in his village as people questioned him about meeting with the premier. He also mentioned that he hasn’t met Prime Minister Imran Khan for one year.

The seasoned politician added he doesn’t meet anyone secretly, and his bond with Imran Khan dates back to Aitchison College days; however, he mentioned that their way of politics is not the same.

Nisar said he has not received any invitation and neither does he plan to attend the PTI power show, and that he had opposed changing parties for short-term benefits.

ISLAMABAD – Prime Minister Imran Khan on Tuesday negated any possibility of stepping down from premiership and ...

Earlier, reports in local media also claimed that Nisar is being considered for the much sought-after seat of Chief Minister Punjab.