Nawaz Sharif to target army, judiciary again to save himself from accountability: PM Imran 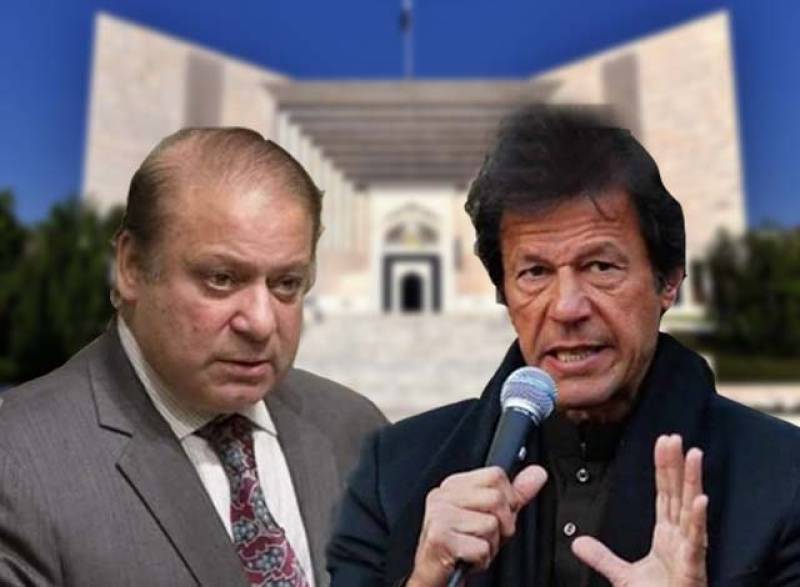 ISLAMABAD – Prime Minister Imran Khan has fired a fresh salvo at the former premier and PML-N leader Nawaz Sharif who left for London to get medical treatment after being handed prison sentence in a corruption case.

Addressing a public rally in Kamalia, the premier said three stooges are trying to oust him to get relief in corruption cases. Khan alleged the Election Commission of Pakistan (ECP) for standing with PML-N supremo saying Nawaz Sharif will attack the army and judiciary if he returned from Britain.

Nawaz will first attack the judiciary to avoid independent judiciary, Khan said while adding that and the deposed PM is already trying to create rifts among judges. PM said Nawaz will also target the army after coming into power as he wants to control all institutions to protect himself from accountability.

Khan said leaders with offshore assets can never pursue independent foreign policy fearing that their ill-gotten money could be held. He also lambasted the former premier for introducing ‘horse-trading’ in Pakistan.

Fugitive Sharif will return to his homeland once his corruption cases end, Khan claimed saying efforts of the ‘three mice’ to topple his government focused on evading the huge corruption cases however, he added that losing a government is a minor thing for him as he vowed not to spare opposition.

PM also ‘thanked’ PDM leaders for introducing a no-trust motion, saying it helped Pakistan Tehreek e Insaf to regain popularity. Many of our disgruntled party workers have returned after seeing the real faces of opposition leaders, he said.

He also commented on the EU envoys controversy saying I don’t want to strain our relations with any other country but there is a difference between ‘boot polishing’ and maintaining balanced ties as the opposition slammed him for questioning EU ambassadors over Russia Ukraine conflict.

ISLAMABAD – The federal government has decided to completely seal the Red Zone area and tightened security in the ...

He also appealed to the public for the Islamabad power show saying opposition as he called March 27, a ‘decisive day’ in the country’s history while calling on estranged lawmakers to return to their old fold.