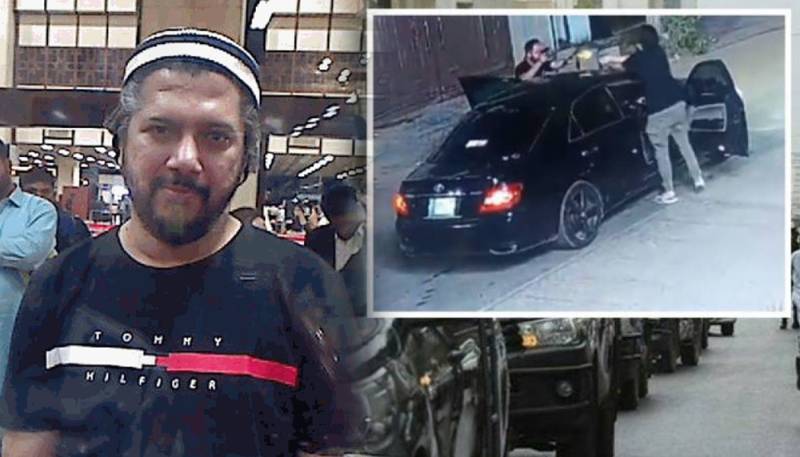 KARACHI – A Swedish-Pakistani man, who killed a Sindh police constable in the southern Pakistani port city of Karachi and fled the country, said he opened fire in self-defence.

Days after killing Abdul Rehman, a member of Shaheen Force, that tackles street crime in the port city, Khurram Nisar on Friday shared a clip to clarify what happened earlier this week.

The son of a former Pakistani bureaucrat said he did not kill a cop intentionally but opened fire after the latter told him to go somewhere else instead of the nearest police station.

I got suspicious that abductors using the disguise of policemen were attempting to kidnap me, he said, adding that when he tried to escape, the cop fired at me first however the bullet got stuck in the chamber of his handgun.

He continued saying that he opened fire in self-defense, saying cops asked to detain him for possessing arms and abducting the girl.

Khurram further revealed that the deceased policeman was patrolling without a uniform and did not show his card amid the confrontation.

He added that cops falsely accused him of abducting a girl at gunpoint near Boat Basin and clarified that he never went to the famous locality in the provincial capital.

Khurram managed to flee country hours after the incident, police officials confirmed earlier this week. Nisar has also been identified as a son of a former deputy commissioner. He came to Pakistan three months ago and lived near the crime scene.

In a statement, Deputy Inspector General (DIG) Irfan Baloch said that the key suspect in the murder case will be brought back to Pakistan through Interpol.

The deceased cop and another policeman named Ameen-ul-Haq were patrolling the area when they noticed that a woman is screaming in a passing car. They chased the vehicle and managed to stop it when Rehman sat on the front seat of the vehicle while the woman managed to escape the scene.

CCTV footage of the incident has also surfaced in which the victim and the suspect could be seen confronting each other. The suspect after a brief dialogue can be seen opening fire at the police constable and fleeing the scene.

Meanwhile, the parents of the suspect have disassociated themselves from him, saying they could not take any responsibility for his actions.