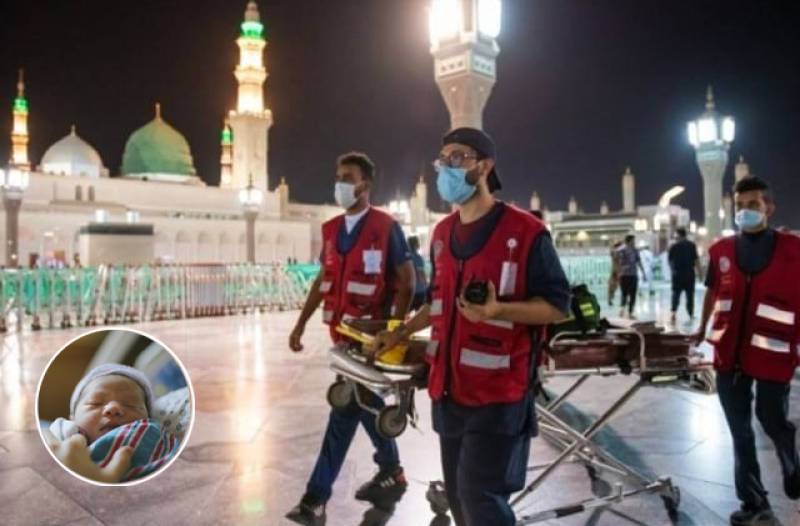 JEDDAH – In a rare incident, a woman gave birth to a baby girl at the Prophet Mosque after developing labor pain in the courtyard of the holy site.

Report of Saudi Gazette quoting the Director-General of the Saudi Red Crescent Authority, suggests that the woman was praying at the Prophet Mosque when she went into labour.

Dr. Al-Zahrani said the woman was experiencing contractions in Masjid-e-Nabwi’s courtyard. Her water was broken and the tot’s head had come out as Red Crescent Authority volunteer team arrived.

The team members then assisted the woman to deliver the newborn safely. After the child's birth, the mother and newborn were shifted to the local medical facility for medical assistance, DG Saudi Red Crescent Authority, said, adding that such cases required medical care.

Dr. Al-Zahrani commended the team for safely delivering the baby girl, saying the team members get specialised medical training to deal with such situations. He further urged the masses to call 997, or using 'Help Me' app to request an ambulance in case of an emergency.

As Kingdom eased all restrictions after the Covid pandemic, early 2 million pilgrims arrived in Saudi Arabia from parts of the world to perform the pilgrimage.

In new baby boom, Faisalabad tops list with over 50,000 newborns registered in 10 days