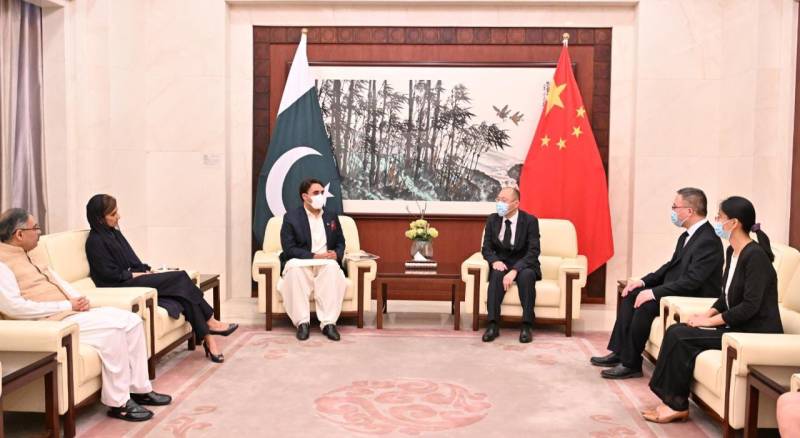 ISLAMABAD – The newly installed Foreign Minister Bilawal Bhutto-Zardari on Tuesday paid a visit to the Chinese Embassy and condoled the deaths of Chinese citizens in the Karachi University blast.

Soon after taking the charge, the Foreign Minister, accompanied by Minister of State Minister for Foreign Affairs, Hina Rabbani Khar, and other members, visited the Chinese Embassy.

The PPP chairman also recorded his impressions in a guest book at the Chinese embassy.

FM made the visit a day after three Chinese teachers and a Pakistani driver were killed in a suicide bombing at Karachi University's Confucius Institute.

The banned Baloch Liberation Army (BLA) carried out the attack, warning of harsher attacks in future.