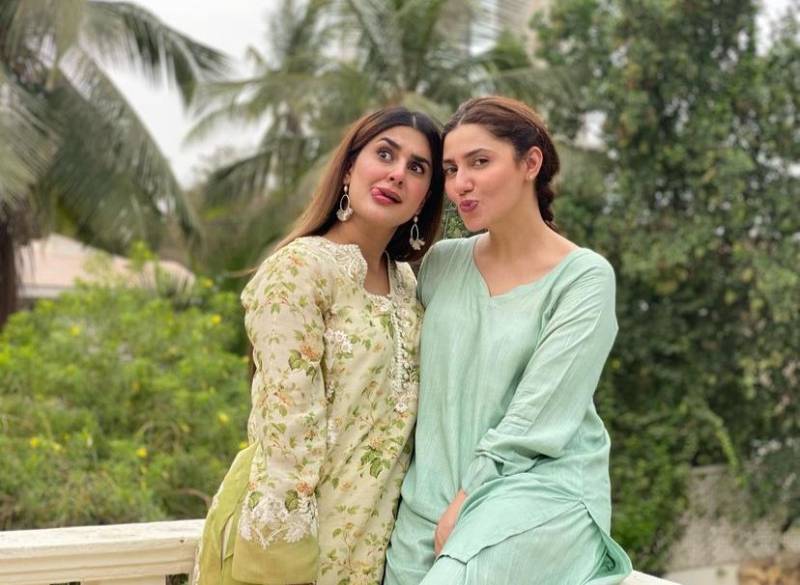 Hum Kahan Ke Sachay Thay's latest episode has been winning hearts and has left the social media debating over the power-packed performances and the unfolding storyline.

Mahira Khan, who plays the character of Mehreen, has penned a heartwarming note as the second last episode of the drama gets showered with love and compliments.

Reminiscing about her favourite scene and dubbing it the 'heart and soul of HKKST', the Humsafar star takes to her Instagram handle as she highlights the complexities of relationships and expresses her admiration for the final scene between Mehreen and Mashal.

"This scene. Thissss scene. It is the heart and soul of HKKST.. at least for me. I remember reading it and thinking - This will be interesting - two women who have been pitted against each other their whole lives, sit opposite each other and talk."

"Rarely do we see that on our screens. Talk about their vulnerabilities, their childhood, their take on life and how it unfolded for them, what went wrong and all the time they have lost just because of what was fed to them."

"This scene was beautifully written by @umera_ahmedofficial and directed by @rind_farooq ????", she wrote while crediting the writer, Umera Ahmed, and director, Rind Farooq.

"Weirdly enough we tried doing this scene twice.. and something or the other would go wrong. Finally a third time we came back to this house and shot it. I remember wanting to cry seeing Kubra, but as Mehreen I didn’t know she was going to die.. so I had to still act a bit angry a bit weary of her, still not trust her fully. But when I’d get out of character I just wanted to hug Mashal. There is no one I’d rather have sitting there except for her. @thekubism my Mashal "

Earlier, Mahira Khan, Ayeza Khan, and Sajal Aly have made it to the list of nominees for TC Candler’s list of the 100 most beautiful faces of 2021.

Pakistani actresses Mahira Khan, Ayeza Khan, and Sajal Aly have made it to the list of nominees for TC Candler’s ...