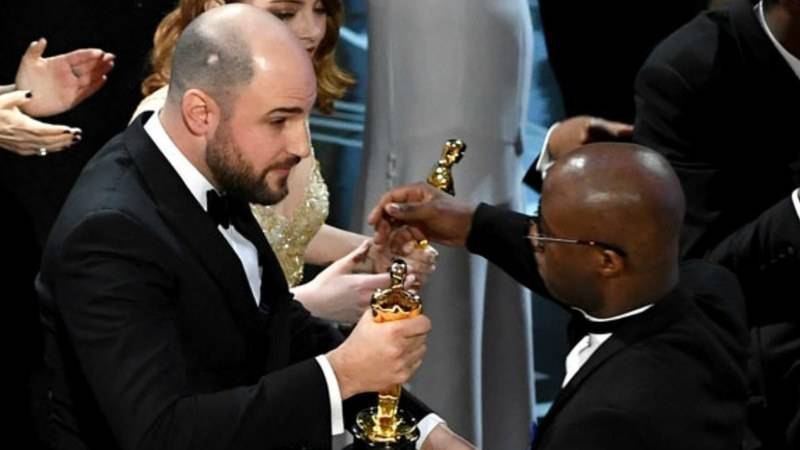 Warren Beatty and Faye Dunaway made the biggest mix-up in any Awards history ever.

“La La Land” was first mistakenly announced as the winner but then later “Moonlight” was honored as the best picture.

The cast of both films stood awkwardly on stage as “Moonlight” received the award.

Warren Beatty apologized saying, "I was given the wrong envelope to open. I want to tell you what happened. I opened the envelope and it said, “Emma Stone, ‘La La Land.’”

WATCH: Moment where crew/cast of 'La La Land' realizes a mistake had been made and 'Moonlight' actually won Best Picture. #Oscars pic.twitter.com/WCCopwsJ66