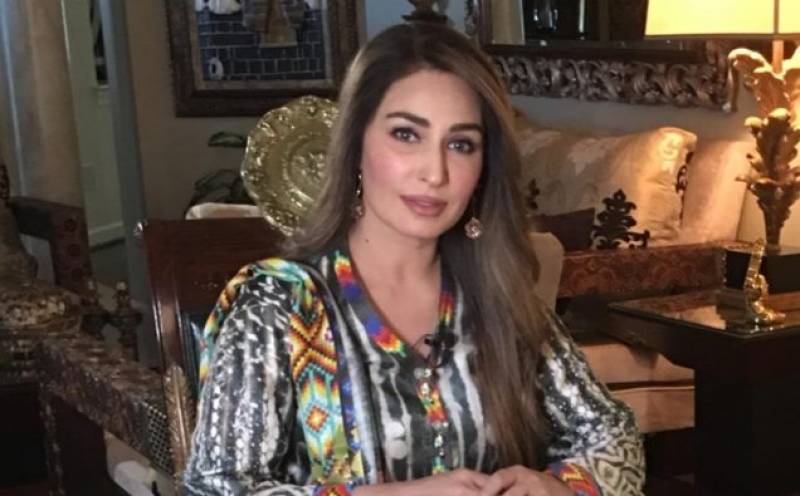 ISLAMABAD: In an exclusive interview with The Express Tribune, Reema Khan opened up about how she managed to stay grounded amidst all the razzmatazz of the entertainment industry and her own stardom-having been a part of nearly 200 films!

However, nowadays the actress has given up on the idea of quantity over quality and is taking it slow especially after she tied the knot with Dr Tariq Shahab, in an arranged marriage five years ago.“It was difficult. If any other girl had been in my place, I think she would’ve wanted to enjoy the stardom that she’s achieved after years of hard work, but I got married.”

“I got married and established a strong footing there before I attended the Hum Awards and brought my husband along. I showed him the life that I had been living for over two decades before becoming a part of his family,” she added.

She further said, “From what my in-laws had read and seen of other actors and actresses, they didn’t have a very positive perception. It was a challenge e to enlighten them and that took me some time. Sultana (Siddiqui) Aapa and HSY convinced my husband that they value my reputation as much as him because they’ve seen me grow. Thankfully, his opinion changed entirely and he let me take up some new projects.”

The starlet also made some shocking allegations against the Bollywood industry and said that although she had been offered several promising projects from Rakesh Roshan and Yash Chopra, she refused to work in India. “Like now, Indian cinema has no identity; they’re simply copying Hollywood in all their productions. But because of the black-money in their industry, Bollywood has kept afloat. We don’t have that.” She also added that initially Pakistan also fell into that trope, “I think our biggest mistake then was that all of us simply started following that with no innovation whatsoever."

Reema also talked about the phenomenon of growing old within the Pakistani industry and how she has handled that. “I think I wear all the tension on my face, I don’t look my age but that doesn’t mean I‘ve stopped growing,” she adds jokingly. “I think everywhere in the world, after you’ve crossed 40, there are different kinds of roles written for you. In Pakistan, instead of writing such roles, the actor is simply ostracized. I know I can’t be dancing in saris now but with grace, you can still follow your dreams. It depends on your selection of projects.”

And that is exactly why the 46 year old actress has made the move back to drama serials where she feels actors have far greater autonomy of the kind of role they take up. “The drama I’m doing currently is being told completely from my character’s perspective. It’s about her struggles and how people respond when she falls sick. It’s a positive change that female-oriented stories are also being preferred".  She also added that she was considerably lucky in the kind of roles she got to do,“It was my misfortune that when I started out, glamour was the only criteria. Before us, there were female-driven roles but because of the rise of Punjabi films, women were confined to a song and some dialogues. I was lucky to have gotten films like Zewar, Miss Istanbul and Nikkah, where there was margin to perform.”