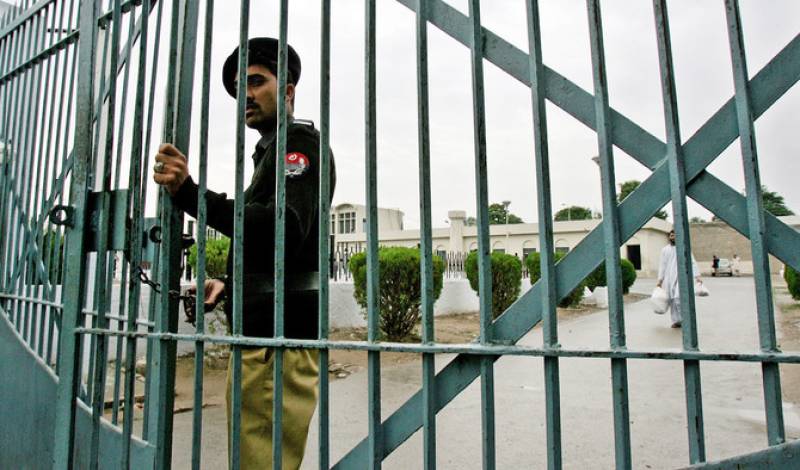 The prison site is near the M-2 Motorway toll plaza and is close to Jhangi Syedan Village. The executing agency will be the Islamabad Capital Territory (ICT) administration and construction will be undertaken by the Public Works Department (PWD).  The prison will house 2,000 inmates including women, men, and juveniles.

The prison will also contain a National Academy for Prisons Administration, a school for boys and girls, vocational facilities, a masjid, prayer hall for people of other religions, post office, banks, shops, and other facilities.

The idea of the model prison was conceived in 2009 and was planned to be completed by 2013. However, the Capital Development Authority (CDA) allegedly mismanaged the land acquisition process.

According to CDA Member Administration Amir Ahmed Ali, land acquisition was completed in November 2014 and 720 kanals acquired near H-16. For this land was transferred to the ICT administration for construction of the prison, the CDA had paid PKR 670 million to local landowners.

An ICT administration official said there was great need for this new prison closer to the court area. The distance between Adiala Jail in Rawalpindi and the courts increases the risk of transporting high-profile prisoners for court appearances.

Chief Commissioner, Islamabad gave presentation about the progress on the project.

CARDIFF – A prison officer in the United Kingdom has been jailed for a year over her relationship with a ...