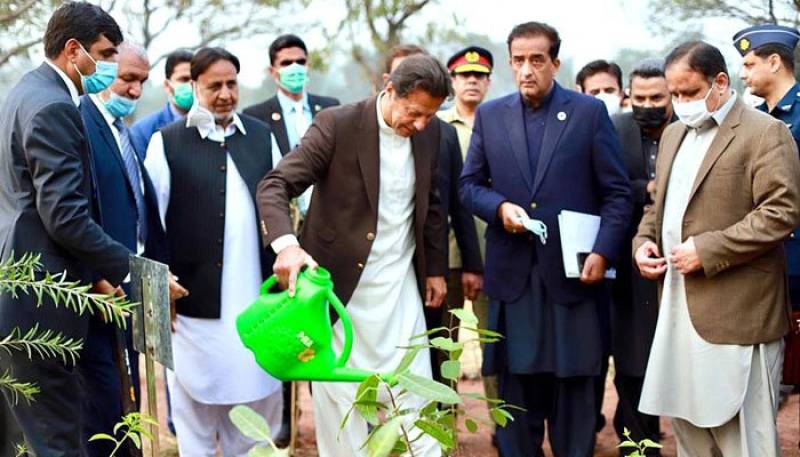 During the ceremony, the Prime Minister also planted a tree. The officials also briefed him on the “Nature Capital of Pakistan” of the United Nations Environment Programme.

PM while addressing the ceremony announced that Pakistan will host the ‘World Environment Day’ on June 05 and showcase the steps it has taken to deal with the serious issue.

Khan restated the steps taken by Pakistan to cope with the challenge of global warming. Our country is unfortunately amongst the most vulnerable list affected by climate change. Adding that the melting of glaciers at a rapid pace poses a serious challenge to the South Asian country.

He also highlighted the employment stemmed from the launch of new projects and also a contribution to the promotion of tourism.