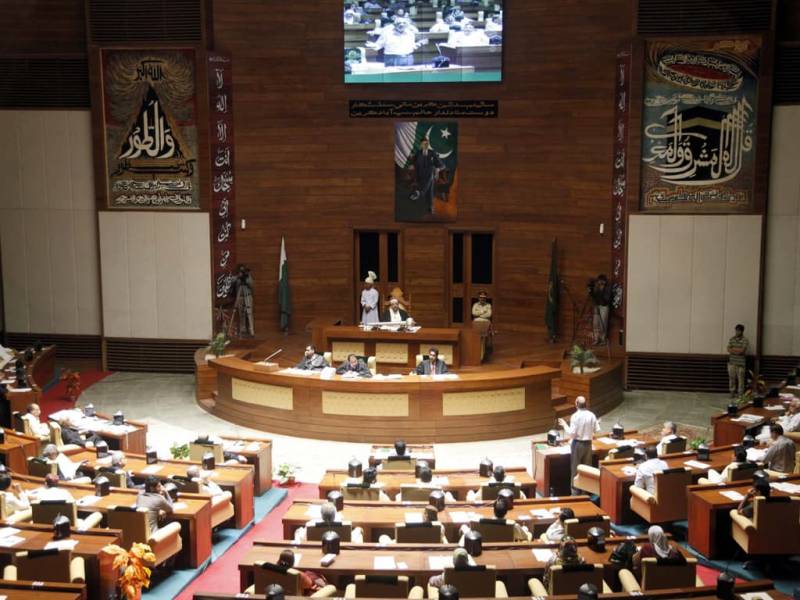 As the session was marred with sloganeering, the legislators from the government managed to bulldoze the Sindh Local Government (Amendment) Bill-2021.

Opposition members tore the copies of the agenda before walking out of the assembly when the house gave clause-by-clause approval to the bill.

PPP leader and the Provincial Minister for Local Government Syed Nasir Hussian Shah presented the bill in the provincial assembly, while PTI and other parties opposed the move claiming that they were not taken into confidence.

The bill allowed new municipal elections in the province next year while the status of the district will be change into towns in metropolitan corporations of the province, including the provincial capital. The population of each town will hover around 0.5 million to 0.75 million people.

Under the new bill, the Sindh government will take charge of the management of the Abbasi Shaheed Hospital, Sobhraj Hospital, Leprosy Centre, and Sarfraz Rafiqi Hospital, along with the management of Medical and Dental College which previously was administered by Karachi Metropolitan Corporation (KMC).

KARACHI – The Karachi Metropolitan Corporation (KMC) has removed a senior director of Karachi Zoo over his ...

In addition, the control of education and health departments will also be taken away from the local bodies.