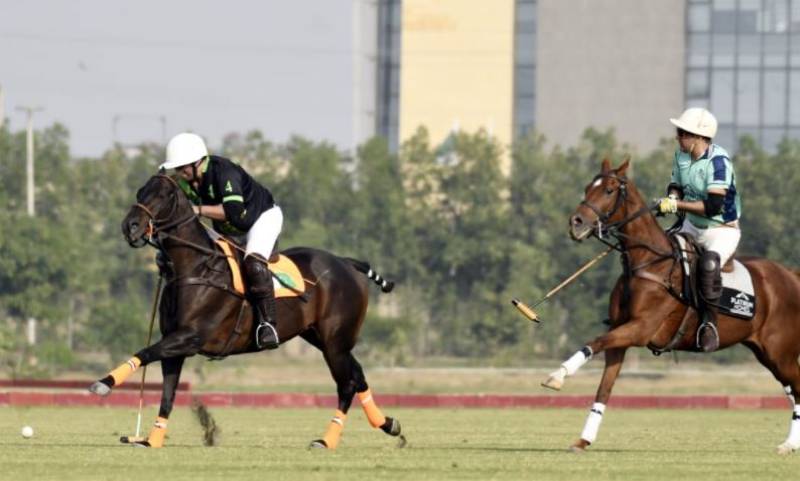 In the first match of the day, Habib Metro Lions outclassed Platinum Homes by 13-2. Farhad Sheikh emerged as top scorer from the winning side as he contributed classic while Ahmed Ali Tiwana cracked a quartet, Mian Abbas Mukhtar banged in a brace and Raffay Sheikh scored one goal. From the losing side, Adnan Jalil Azam and Qadeer Ashfaq converted one goal each.

Habib Metro Lions were off to a flying start in the match as they fired in fabulous five goals in the first chukker and hammered a hat-trick of goals in the second chukker, where Platinum Homes also made their presence felt and opened their account through a field goal to make it 8-1. Habib Metro Lions added four more goals in their tally in the third chukker while converted one more in the fourth chukker to take a healthy 13-1 lead. In the dying moments of the match, Platinum Homes converted one more to make it 13-2.

Habib Metro Lions' Farhad Sheikh said: "Our team played well and it was due to collective efforts that we succeeded in first winning the match with a good margin of 10-6 and then more huge margin of 13-2. We will try to play the best polo throughout the week and try to qualify for the main final and also try win it to make our event remarkable."

The second match of the day saw Rijas Development/Master Paints beating Diamond Paints by 7-6.5. Lt Col Omer Minhas slammed in four goals from the winning side while Farasat Ali Chatha struck two and Sufi Muhammad Haroon one goal. From the losing side, which had a half goal handicap advantage, Mumtaz Abbas Niazi smashed in five goals while Hussain Monnoo scored one.