US pledges another $10mn under food security for Pakistan 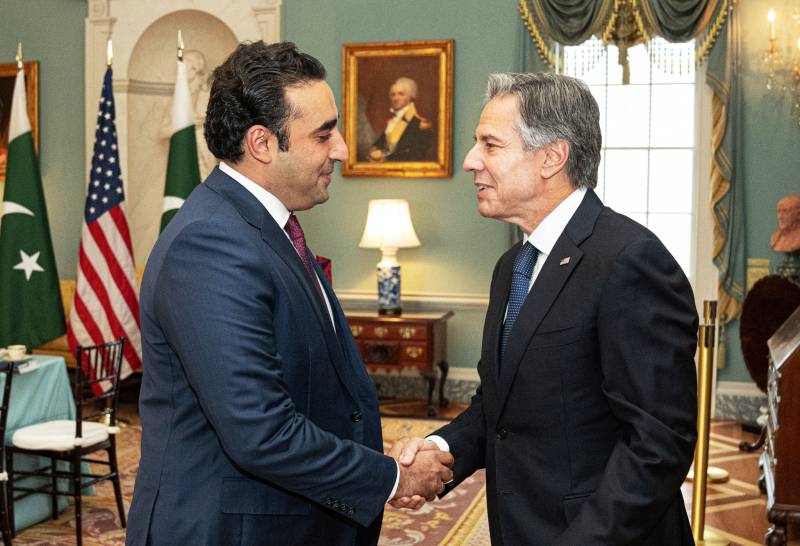 WASHINGTON – US Secretary of State Antony Blinken has pledged strong support from Washington for Pakistan as the South Asian country is facing the worst consequences of the climate crisis.

During the meeting, FM Bilawal apprised his US counterpart about the devastation caused by unprecedented floods in Pakistan and also thanked him for continued support after the flooding.

Speaking at a joint presser with Blinken, Bilawal said Pakistan is facing a huge natural calamity and devastation which has affected millions of people, saying our contribution is less than 1 percent in greenhouse gas emissions.

Foreign Minister said with US cooperation, hundreds of projects of the green revolution can be initiated.

Speaking on the occasion, the US Secretary of State announced an additional grant of $10 million under the head of food security for Pakistan.

Following the worst scenario of human-caused climate change, the US Secretary of State said he was pleased to announce another $10 million for food security assistance, adding he was sending a simple message that “we are here for Pakistan just like we have been in the past”.

US top diplomat also mentioned managing a responsible relationship with New Delhi. He said: “Our colleagues also spoke about China and we also critically talked about deepening our relations.”

“We are convinced to do much more on trade and convinced that the bilateral relationship is strong and will continue to be stronger”, he said.

LAHORE — US Ambassador Donald Blome said on Monday the devastation caused by the recent floods in Pakistan was ...

A delegation-level meeting was earlier held at the State Department in which stock of enhanced bilateral engagement in trade, energy, food, health, and areas of mutual interest and cooperation were discussed.

WASHINGTON – The United States has announced that it will provide up to $30 million for relief efforts as floods ...