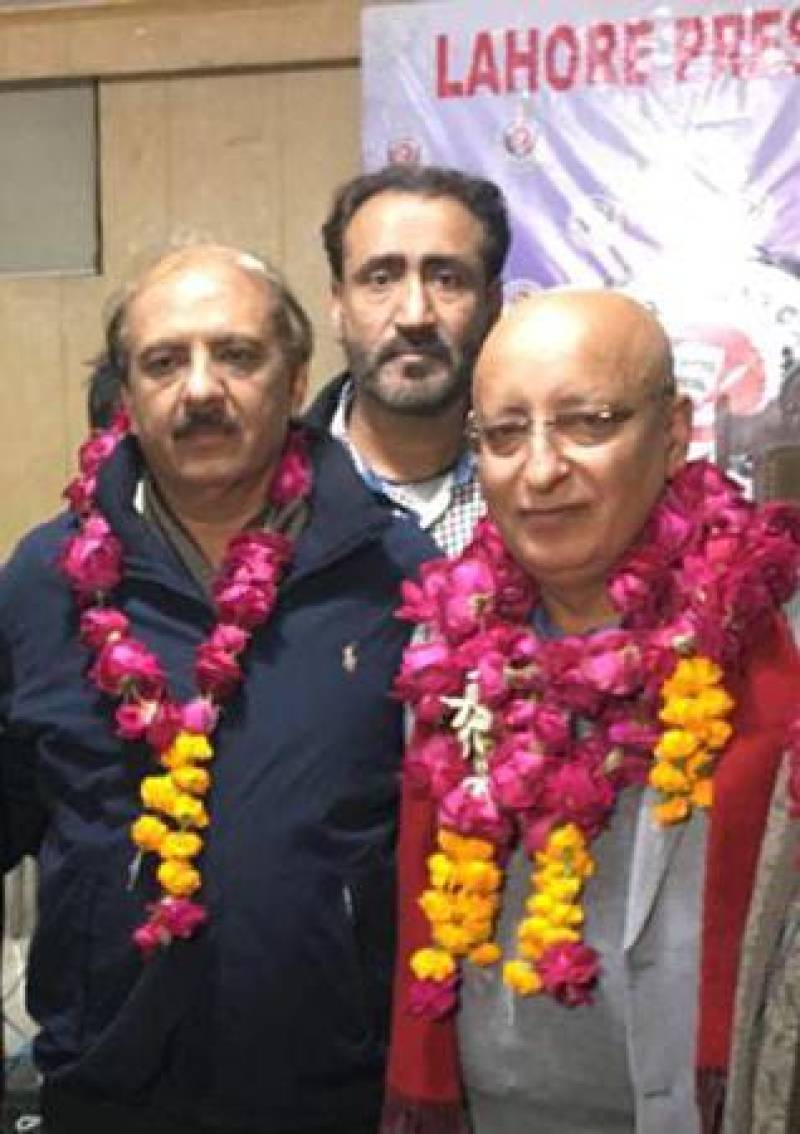 LAHORE – Arshad Ansari of the Journalist Panel has been elected the president of Lahore Press Club (LPC) after the annual elections 2021 held on Sunday.

Ansari bagged 734 votes while his rivals, Abdul Majid Sajid, of the Progressive Panel got 576, and Grand Alliance's Babar Dogar managed to secure 588. Ansari, who also heads the Journalist panel, was elected to the top LPC office for the second time in a row and eleventh time as total.

Javed Farooqi was elected senior vice-president with 871 votes, Zahid Chaudhry secretary-general with 663, and Zahid Sherwani of the Journalists Panel treasurer with 765 votes. 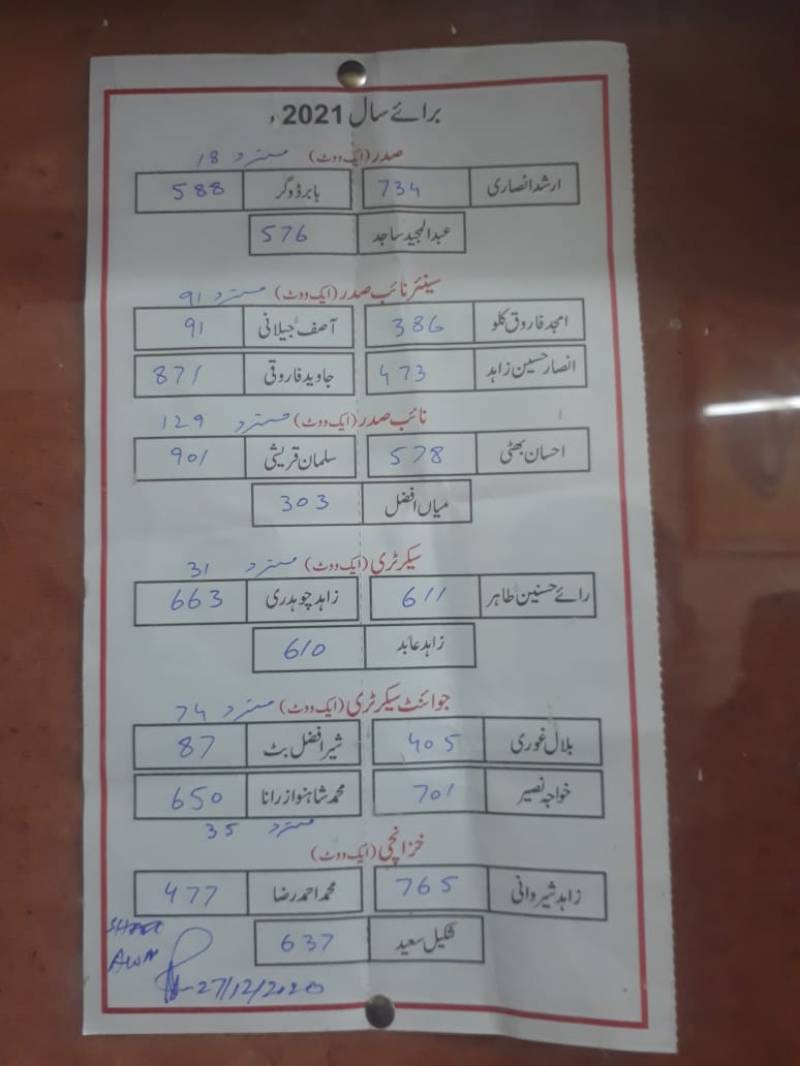 Journalist Panel sweeps all the top five top seats. The results of the nine governing body seats will be declared today (December 29).

Speaking on the occasion, President Arshad Ansari paid rich tributes to the Election Commission for holding peaceful and fair elections.

He said that the journalist group would restore the group insurance of LPC members in this month as per its manifesto while the establishment of journalist colony phase 2 would also come into effect in the same year which has already been approved by the Punjab Chief Minister Sardar Usman Buzdar.

He also appreciated the services of the club employees and announced to give them half salary as a bonus.