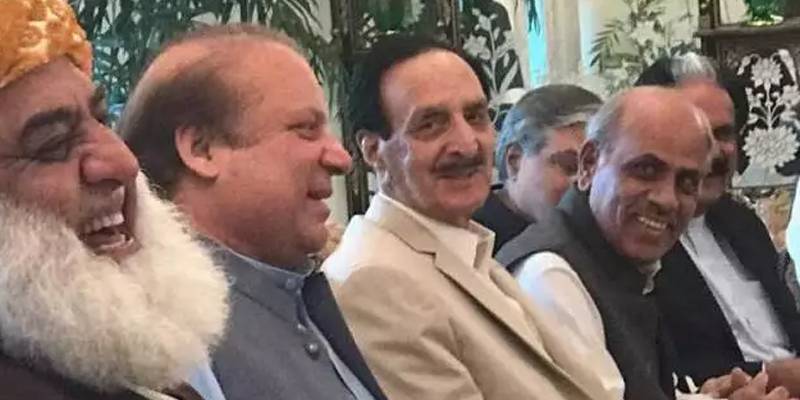 ISLAMABAD - President of the Jamiat Ulema-e-Islam Maulana Fazl-ur-Rehman cracked a funny joke with the premier Nawaz Sharif as soon as he was disqualified.

The JUI-F chief soon after listening to the apex court announcement on a television channel turned to Nawaz Sharif and said: "You are used to it, there's nothing new in it for you."

The premier listened to the landmark judgment in PM House along with his fellows and other politicians who showed confidence in him even after the judgment.

"You have been ousted multiple times," added the JUI-F chief.

It bears mentioning that a five member bench of the apex court ordered disqualification of the premier on the basis that he concealed his employment with FZE capital, a firm of his younger son Hassan Nawaz.