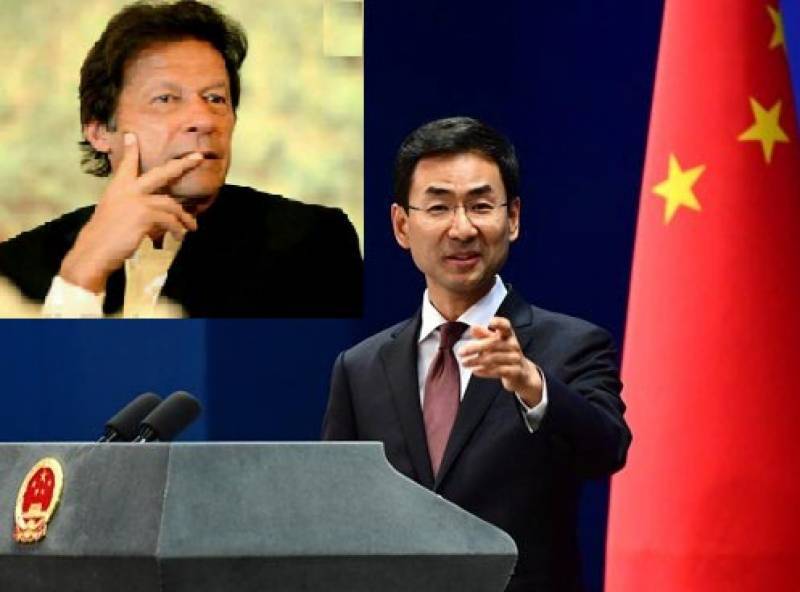 BEIJING - A Chinese foreign ministry’s spokesperson Friday highly appreciated Pakistan Tehreek-e-Insaf (PTI) Chairman Imran Khan for his remarks on China and Pakistan relations and said this statement fully showed that no matter how the domestic situation changed in the two countries, China-Pakistan all-weather strategic partnership would not be shaken, which was in the common interest of the two countries and the people.

“The Chinese side has taken note of Imran Khan’s statement on China-Pakistan relations. We highly appreciate this,” Geng Shuang said during his regular briefing here.

The spokesperson said, he (Imran Khan) has said many times before that the relations with China were the cornerstone of Pakistan’s foreign policy.

“No matter which party is in power, it will not change its friendly policy toward China,” he added. Gen Shuang said Imran Khan also mentioned in his post-election speech, “He is willing to learn from China’s development experience, attaches importance to and firmly supports the construction of the China-Pakistan Economic Corridor, and believes that this is of great significance to the development of the Pakistani state.”

He said the Chinese side highly appreciates this, adding, “It is believed that people from all walks of life including Imran are strong supporters of China-Pakistan friendship.”

He said his country paid a close attention to the ongoing general election in Pakistan and sincerely hoped that Pakistan would successfully complete the political transition, maintain stability and achieve better development.

In his post-election speech on television on July 26, the head of PTI or Pakistan Justice Movement Party, Imran Khan spoke highly of China-Pakistan relations and stressed that the new government would further develop friendly exchanges and cooperation with China, persist in promoting the construction of China-Pakistan Economic Corridor, and study hard to learn from China’s advanced experience in combating corruption and reducing poverty.