Dialogue only way forward to resolve all issues between Pakistan, India: FM Qureshi 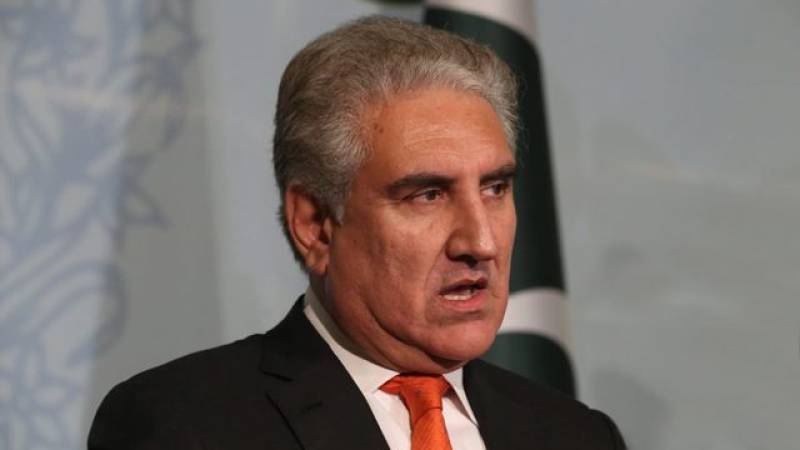 ISLAMABAD - Foreign Minister Shah Mahmood Qureshi said that dialogue is the only way forward to sort out all outstanding issues between Pakistan and India in the best interest of the region, the Radio Pakistan reported.

In an interview with a private news channel, the foreign minister said that Islamabad has only one stance which is the maintenance of peace and stability in the region as war is not a solution to any problem.

Foreign Minister said that the Pulwama incident has nothing to do with Pakistan and now world community has also acknowledged this fact.

He said that Prime Minister Imran Khan has welcomed Narendra Modi on election victory as a goodwill gesture.

Regarding his interaction with the Iranian foreign minister during his recent visit to Pakistan, Qureshi said that his Iranian counterpart explained his country's position and Pakistan also shared its concerns. He said that Pakistan never wants any escalation of tension and the region could not afford any war.

Shah Mehmood Qureshi said that the region had already faced devastation due to the prevailing situation in Afghanistan, Iraq, Syria and Libya besides an uncertainty across the Middle East.

He said Pakistan desires peaceful resolution of all the issues through diplomatic negotiations.