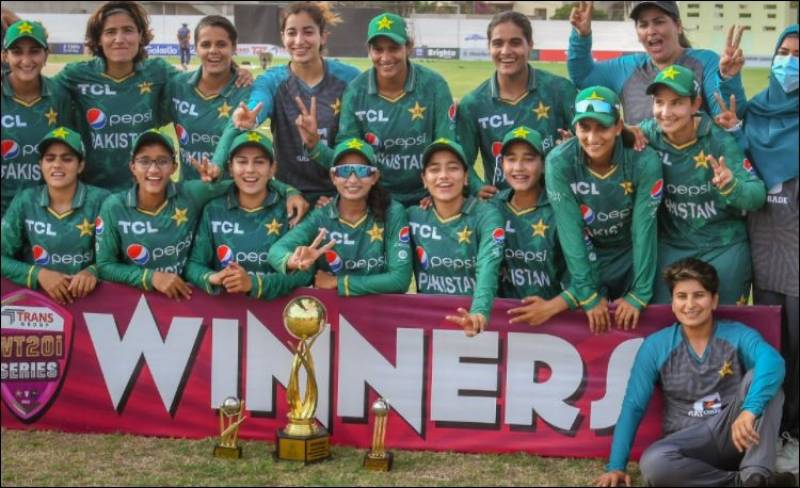 Women in Green opted to bat first, after winning the toss, while the visitors managed to score 107/8 in the limited-overs.

The duo provided a 69-run stand for the first wicket but, once the partnership was broken, Pakistan dominated proceedings.

For Pakistani side, Nida Dar, Tuba Hassan, and Kainat Imtiaz got one scalp each. Chasing the easy target, Opener Muneeba Ali remained the top scorer with 25 runs while Aliya Raiz scored 17 runs.

Pakistani captain after clinching the series gave credit to the players. She also commended Tuba who played in the debut series. Bismah vowed to continue the momentum for the upcoming ODI series as that carries points as well.

Lankan captain Captain said the batters didn’t perform well. She maintained that many players need to trust their hitting abilities however she commended the fight.

KARACHI – Pakistan women won their first T-20 cricket match against Sri-Lanka by six wickets in the port city on ...

Earlier, Pakistan secured victory in the previous two games. Team Green mow down a target of 103 in the second game