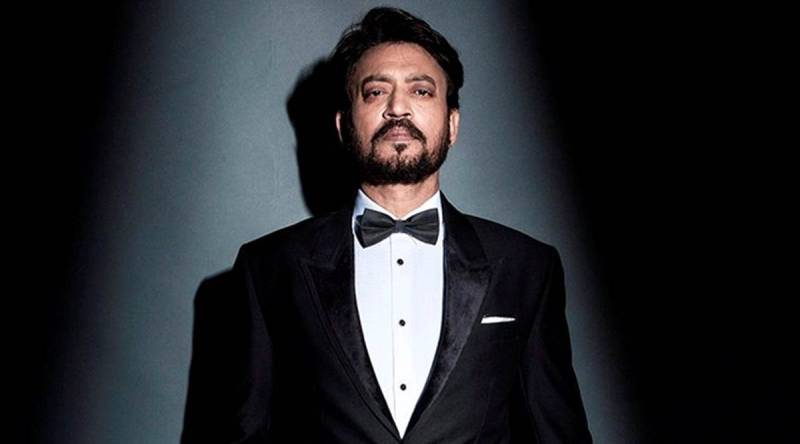 Irrfan Khan, an actor par excellence and the man who was crowned as one of the finest artists of Indian cinema passed away last year after battling cancer.

Despite his absence leaving a void in the heart of admirers, his legacy lives on as today marks one whole year since the passing of the beloved Bollywood actor Irrfan Khan.

Sharing memories of the late superstar in a celebration his life, Babil spoke of his father’s legacy and reflected the time his father bravely battled with cancer “Chemo burns you from the inside so to find joy in the simple things, like building your own table to writing your own journals…There is a purity I have not yet discovered. There is a legacy that has already been concluded by my Baba himself. A full stop. Nobody can ever replace him. Nobody will ever be able to,”

"To the greatest best friend, companion, brother and father I ever had and ever will have. I love you so much, for the rest of this chaos we are choosing to call life. I miss you, more than all that Shahjahan/Mumtaz stuff.I would have built a space monument that could have taken us to the furthest parts of a blackhole singularity you were always intrigued by but I would have been there with you Baba, and we could have gone together, hand in hand, exploring the last mysteries.” he concluded.

On the other hand, Sutapa shared an equally emotional note recalling Irrfans's last moments  “Your favourite poet Anaïs Nin said, ‘People living deeply have no fear of death.’ Last year, tonight, me and my friends sang songs for you, all your favourite songs,” she began.

Sutapa revealed how Irrfan passed away at a particular time, calling it his love for the mystical. “How exactly does one swim this huge ocean of time? The clock had stopped. At 11:11 on April 29 for me. Irrfan, you had a keen interest in the mystery of numbers. And funny, you had three 11’s on your final day. Some, actually many, say this is a very mystical number: 11/11/11.”

Never known apart from the screen yet it hurts like lost someone very close this morning.#IrrfanKhan #IrfanKhan pic.twitter.com/1WkR171fPI