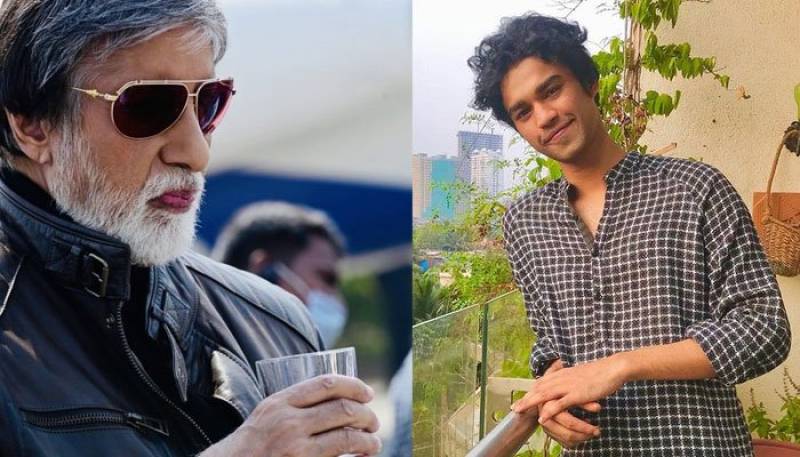 Late Bollywood actor Irrfan Khan’s son Babil often shares heartwarming throwback pictures of his father and this time around he posted an unseen picture of his father with with megastar Amitabh Bachchan.

The lovely picture was posted soon after Khan revealed the reason behind not sharing Irrfan Khan's memories often lately since many felt he was using the late actor's name for his benefit.

Turning to his Instagram handle, Babil expressed his wish of wanting to work with the Piku star Amitabh Bachchan one day.

Sharing a throwback photo of his father with Amitabh, he penned a note of gratitude “I get hurt easy and then I throw a tantrum and then I realise that Baba’s fans are full of kindness and warmth so let’s ignore the hate. One day, when I’m capable, through infinite patience and hard work, I will make Baba’s fans proud. I love you.”

Further, he tagged Amitabh Bachchan and said “And one day to work with you sir @amitabhbachchan”.

Moreover, Bachan extended best wishes to Babil for his debut film which is produced by actress Anushka Sharma.

Irrfan Khan died on April 29 last year, after battling a neuroendocrine tumour for two years. His son often shares unseen pictures of the actor and his special moments with family.

Irrfan Khan, an actor par excellence and the man who was crowned as one of the finest artists of Indian cinema passed ...