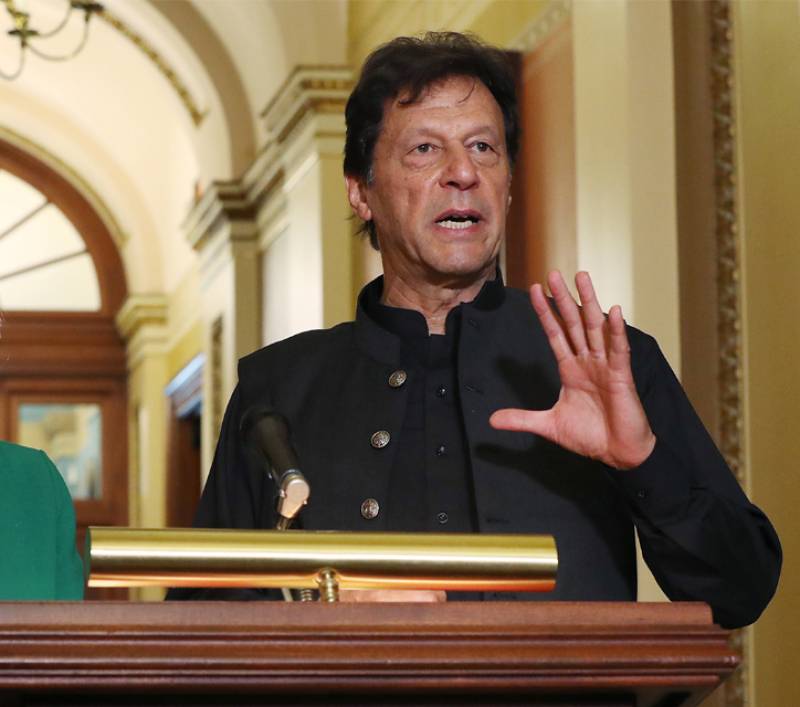 “It is not possible for Pakistan to accept talks with India and its involvement in the tripartite Afghan peace process, the premier said while talking to a delegation of the Pak-Afghan Youth Forum in the country’s federal capital.

PM stressed that we will neither hold any talks with India nor will accept Indian participation in the Afghan peace process till the revocation of the August 5, 2019 action.

The meeting was aimed to brief the members of the Pak-Afghan Forum on the ongoing situation including the steps taken by Pakistan for lasting peace in the neighboring country. During the meeting, Khan responded to the questions of the members that includes journalists, editors, businessmen, and some defense analysts from Afghanistan.

PM while responding to a query said that all the future economic policies of Pakistan depended on the situation in Afghanistan. Unfortunately, there was a misconception in Afghanistan, which was based on Indian propaganda, that Pakistan was controlled by military institutions, he added.

Khan while lamenting the behavior of some Afghan officials said, the recent statements from Afghan leaders blaming Pakistan for the crisis in Afghanistan is unfortunate because it was Pakistan that strived hard to convince the Taliban first for talks with the United States and then with the Afghan government.

On Wednesday, Khan while speaking with a foreign news outlet said Pakistan is a partner in peace and cannot become a part of the dispute. He categorically said that there is no military solution to the Afghan issue. Pakistan played a key role as a facilitator to bring the Taliban and the United States to negotiating table, he reiterated.