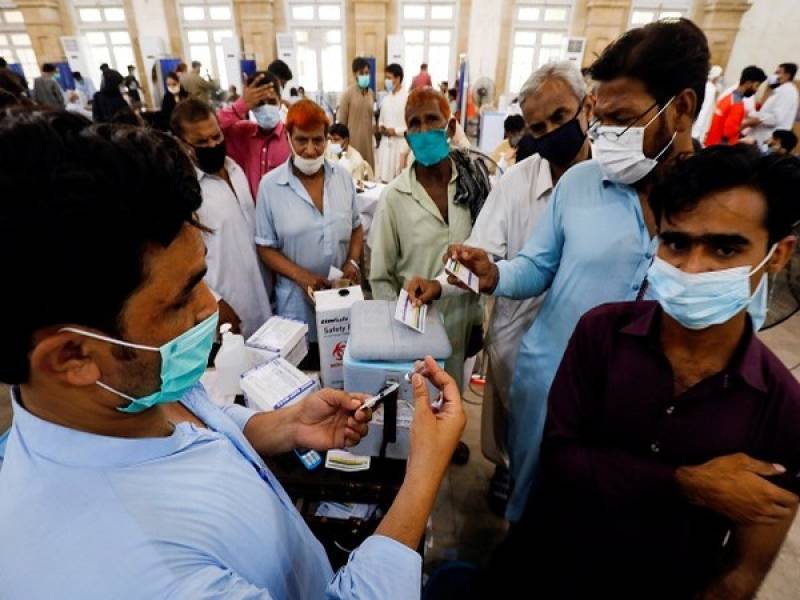 LAHORE – In another move to vaccinate masses amid the national drive, the Punjab government barred unvaccinated employees from entering offices.

Report of Geo News quoting sources said the Punjab government has barred public sector employees to enter the offices who do not get Covid vaccination certificates.

A letter issued by the Services and General Administration Department, Punjab said those who have not been vaccinated against the novel disease will not be able to enter any government office, including the Chief Minister's Office and the Civil Secretariat employees.

On June 26, Punjab’s health department launched the door-to-door Covid-19 vaccination drive across the most populated province.

A door-to-door vaccination drive has launched in selected districts of Punjab, days after the provincial government ...

The vaccination campaign that will be continued until August 10 will provide the facility of vaccination to the people at their doorstep, according to sources.

The health department has fixed a target to inoculate 70 percent population of Rawalpindi and vaccinate 40 percent of people in Lahore, Multan, Gujranwala, and Faisalabad, sources said.

Punjab Health Department earlier said that over 12.9 million people have been administered vaccines in the province.

ISLAMABAD – Pakistan reported 4,497 new coronavirus cases, 76 deaths on Thursday; a sharp rise that has taken the ...