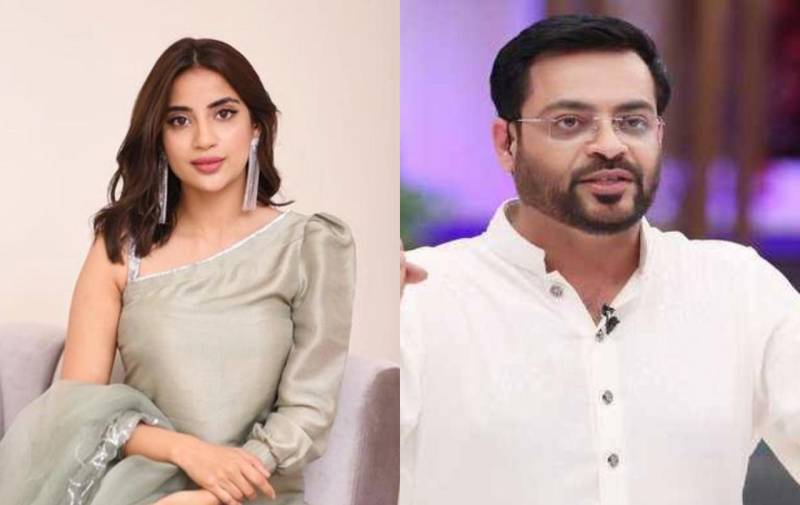 Saboor Aly and Dr Aamir Liaquat Hussain caused a furore on the internet with their interaction which left the netizens talking.

Earlier, the NaqabZan star and Ali Ansari were invited as guests to a Ramadan special show “Jeeway Pakistan” hosted by Dr Aamir Liaquat.

Liaquat's taunts and antics annoyed Aly even though the religious scholar showered her with unwanted attention and compliments.

Now, a throwback click from the following show has started doing rounds, leaving the audience rolling with laughter where the Gul o Gulzar star gives a befitting reply to Liaquat while playing games.

While he tries to school Saboor for not following the rules of the game, she laughingly refuses and indulges in a tiff.

Aamir Liaquat is popular for giving extraordinary attention to his female guests and Saboor was no exception but the actress got super irritated by his antics.

On the other hand, Saboor made sure to make him realize that she was quite uncomfortable on the show.

Earlier this year, Saboor Aly and Ali Ansari got engaged. On the work front, the couple has worked in the drama serial NaqabZan.

Lately, Pakistani celebrity couples have been receiving flak for their lifestyle choices or more particularly their ...