SCO summit: Pakistan's Bilawal and and India's Jaishankar sit under one roof for the first time 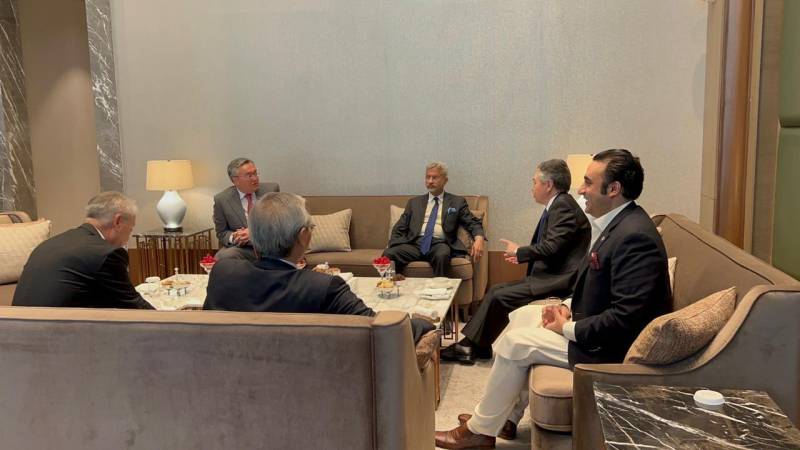 ISLAMABAD – Pakistan’s Minister for Foreign Affairs Bilawal Bhutto Zardari is attending the Shanghai Cooperation Organisation (SCO) summit in Tashkent where he interacted with the other members; however, it is unlikely for him to have any interaction with his Indian counterpart S Jaishankar.

China's Foreign Minister, Wang Yi, Russia's Sergey Lavrov, and Mr Jaishankar, were spotted in a frame sitting with the Pakistani minister during a call on with Uzbekistan's President on the sidelines of Shanghai Cooperation Organization or SCO's Foreign ministers meet.

Meanwhile, chances are slim of any bilateral meeting between the Minister of two archrival countries and there has been no confirmation from either side. 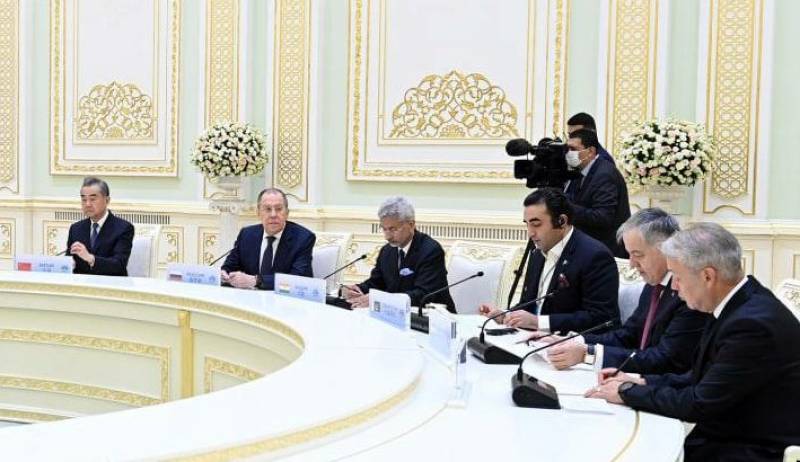 Foreign Minister Bilawal Bhutto Zardari addressed the SCO Council of Foreign Ministers Meeting today where he reiterated that Islamabad would always be a strong partner in all endeavours of Shanghai Cooperation Organization (SCO) aimed at promoting collective good of the region.

The PPP leader appreciated SCO’s contributions to regional security and stability, and reaffirmed Pakistan’s unflinching commitment to the goals and principles of the SCO Charter and the “Shanghai Spirit.”

In his address, Bilawal mentioned the overall economic, and social impact of Covid pandemic, while he also highlighted re-emergence of military conflict in different parts of the world and soaring fuel and food prices.

He continued saying that Islamabad condemns terrorism in all its forms and manifestations, including state-terrorism perpetrated against people living under foreign occupation in disputed territories.

Bilawal added that the South Asian country was keen to develop mutually beneficial arrangements for the SCO countries in the area of trans-shipment, warehousing, multimodal transportation, adding that China Pakistan Economic Corridor (CPEC), already served as a pivotal platform to help promote connectivity and regional prosperity.