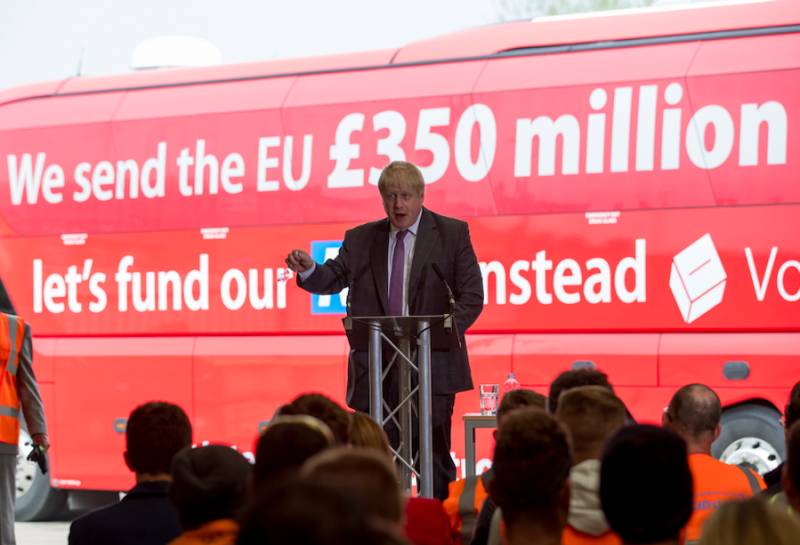 LONDON - Boris Johnson, the top contender to replace Theresa May as British prime minister, must face court over allegations he lied to the public about Brexit, a judge ruled on Wednesday.

London's Westminster Magistrates' Court ruled that Johnson must answer a private summons alleging he had committed three offences of misconduct in a public office.

The allegations relate to claims that the former London mayor made in the run-up to and aftermath of the 2016 European Union referendum when he was one of the leading campaigners for Britain to exit the 28-member bloc.

The 350 million figure was a central and controversial part of the pro-leave campaigns 'Take back control' message, which was propagated across a campaign bus as well. Opponents contended that it was deliberate misleading and became symbolic of the divisions caused by the referendum; Brits voted 52-48 in the referendum.

In her written ruling, District Judge Margot Coleman stated the allegations were not proven and she had made no finding of fact, but added that the former foreign secretary should face trial.

"Having considered all the relevant factors I am satisfied that this is a proper case to issue the summons as requested for the three offences as drafted," Coleman said.

"This means the proposed defendant will be required to attend this court for a preliminary hearing, and the case will then be sent to the Crown Court for trial," she stated.

On the other hand, Johnson's counsel informed the court that the application was a stunt and politically motivated.

"It is submitted that the facts alleged by the applicant do not come close to establishing a qualifying breach of duty," his lawyer argued.

UK is set to elect a new prime Minister as Theresa May tendered resignation a couple of days ago in Brexit fallout.