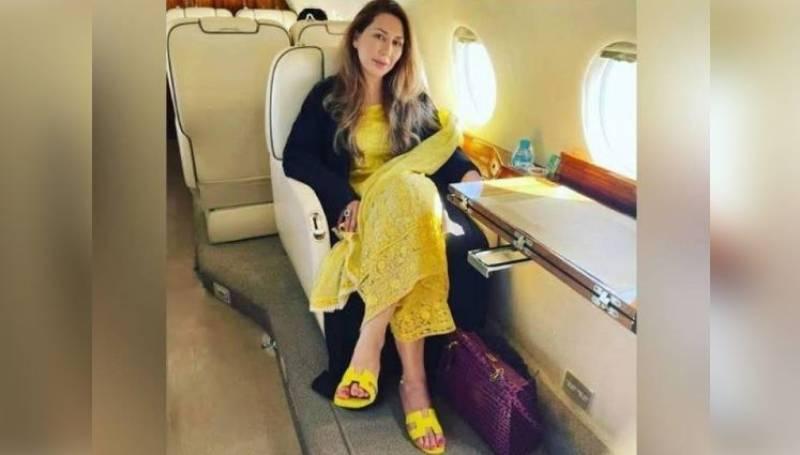 Farah, who is wife of Ahsan Jameel Gujjar, has also sent the notice to another man named Umar Farooq Zahoor, a dubai-based businessman.

It is claimed that Imran Khan sold a wrist watch gifted by Saudi Crown Prince Mohammad bin Salman for Rs280 million during his tenure as prime minister through Farah Gogi in 2019.

The legal notice said that Farah had no role in the sale of the watch as she did not travel to Dubai in 2019.

The anchorperson, private news channel and Zahoor have been asked to apologise within seven over leveling the false allegations or a Rs7 billion defamation case will filed against them.

Profile: Who is Farhat Shahzadi aka Farah Gogi?