At least 44 killed at Jewish festival in Israel crush 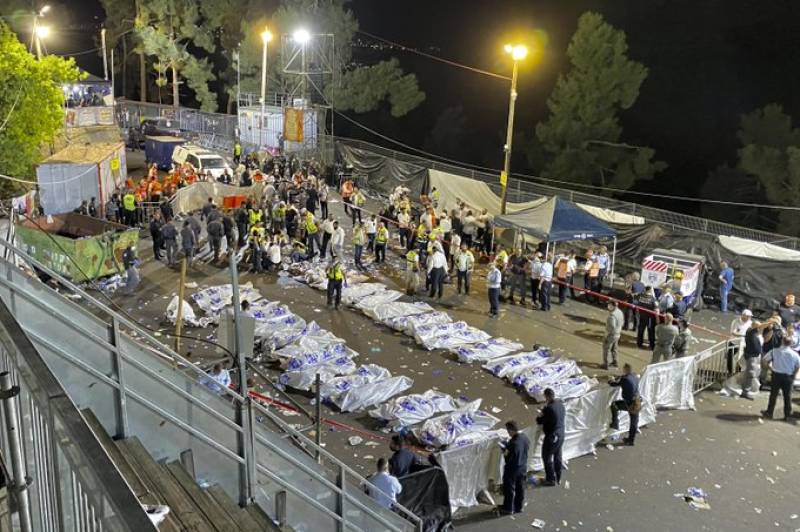 At least 44 people were killed and more than 100 injured in a stampede at a religious festival attended by thousands of ultra-Orthodox Jews in the north-east of Israel.

A large crowd gathered in Mount Meron to celebrate the Jewish holiday Lag BaOmer, an annual festival, when the tragedy occurred Thursday night.

Official said that 150 people were shifted to hospitals with injuries, adding that six of them are in critical condition.

Israeli Prime Minister Benjamin Netanyahu visited the scene and said Sunday would be observed as a day of national mourning.

It was the biggest gathering in Israel since the coronavirus pandemic began. The country has lifted various restrictions after successful vaccination drive but health officials have warned of resurgence of COVID-19.

Israel; Bodies lay on the floor after 'disastrous crush' at bonfire festival , pic.twitter.com/9UdpCrFbMs

Reports said that the stampede occurred after some attendees slipped on steps, which caused dozens more to fall.

"It happened in a split second; people just fell, trampling each other. It was a disaster," one witness told an international newspaper.

Netanyahu in a statement said, "This is one of the heaviest disasters that hit Israel. There were heartbreaking scenes here as people crushed to death, including children. Many of the victims have not yet been identified".

He also thanked the police and rescue forces "for preventing a much heavier disaster."

He vowed that the government "will conduct a thorough, serious and in-depth investigation to ensure that such a disaster does not recur."

A New York-based human rights watchdog has revealed that Israel is involved in pursuing policies of apartheid and ...