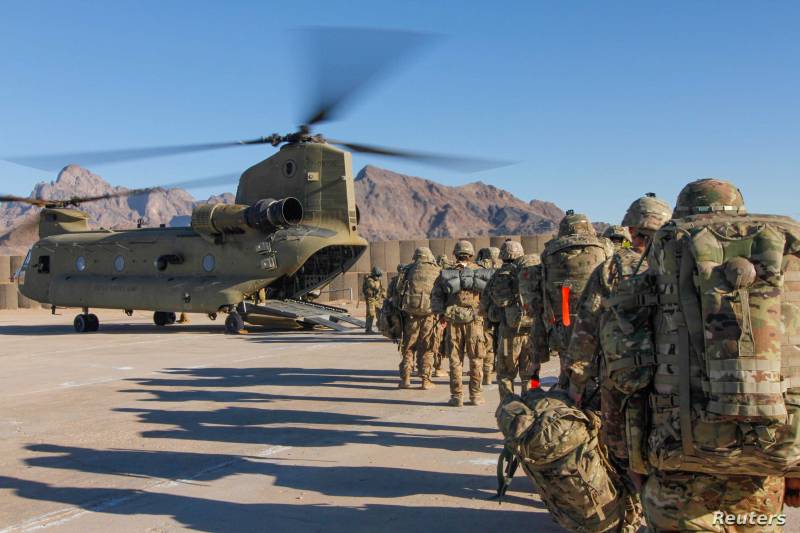 A NATO official said that the safety of the troops “will be a top priority,” adding that withdrawal will not end group’s relationship with Afghanistan.

He hoped that the step will be the start of a new chapter.

The development comes after NATO members agreed this month to withdraw its strong mission comprising 9,600 from Afghanistan after Biden’s announcement.

Meanwhile, White House Deputy Press Secretary Karine Jean-Pierre told reporters the U.S. military would deploy additional troops in Afghanistan and the region to ensure the protection of troops during the withdrawal.

"Elements of an Army Ranger Task Force will temporarily deploy to Afghanistan to assist with the force protection of forces on the ground as we initiate withdrawal operations," she highlighted.

KABUL – The Taliban on Saturday welcomed the latest withdrawal of United States troops from Afghanistan, calling ...

She said that the US is committed to having all U.S. military personnel out of Afghanistan by September 11, 2021, a deadline announced by Biden.

Last week, the Pentagon announced that B-52 bombers and USS Dwight D. Eisenhower aircraft carrier will deploy to the region to protect US and coalition forces during the withdrawal process.

On Tuesday, the US State Department ordered non-essential staff to leave the US Embassy in Kabul, Afghanistan.

US Charge d'Affaires to Afghanistan Ross Wilson tweeted that the green light for the withdrawal was given "in light of increasing violence & threat reports in Kabul."

Biden previously announced that the withdrawal would be started from May 1, the deadline date agreed by former US president Donald Trump administration and the Afghan Taliban in peace agreement signed in Qatar.

WASHINGTON/RAWALPINDI – US Secretary of Defense Lloyd Austin made a telephonic contact with Pakistan's Chief of ...

The Taliban had warned of stern response if foreign troops are not withdrawn from Afghanistan.