U19 Asia Cup: Sri Lanka beat Pakistan by 22 runs to qualify for the final 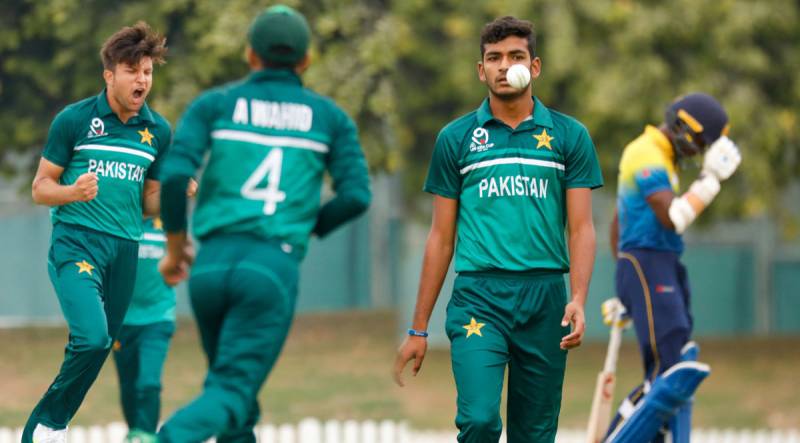 DUBAI – Sri Lanka beat Pakistan by 22 runs to qualify for the final of the U19 Asia Cup in Dubai.

Batting first, Sri Lanka set 148-run target for Pakistan to win the semi-final. Lankan batting line was crumbled as they lost eight wickets for just 70 runs on the board but tail-enders Matheesha Pathirana, and Yasiru Rodrigo added the rest of the score, while the team was dismissed for 147 in 44.5 overs. Matheesha Pathirana remained the top scorer who scored 33.

Boys in Green remained dominant on the bowling side as Zeeshan Zameer was the pick of the bowlers for Pakistan as he returned for 4-33 while Ahmad Khan-II and Awais Ali picked two wickets each.

In reply, Pakistan also started poorly and lost wickets regularly and got all out on 125. Ahmed Khan remained the top scorer with 36 runs. Mohammad Shehzad made 30 runs.

Earlier, the Pakistan U19 team bagged all three matches in Group A, with victories over India, Afghanistan, and the host UAE.

DUBIA – Pakistan on Monday qualified for the semi-final after beating UAE by 21 runs in the 10th Match of the ...