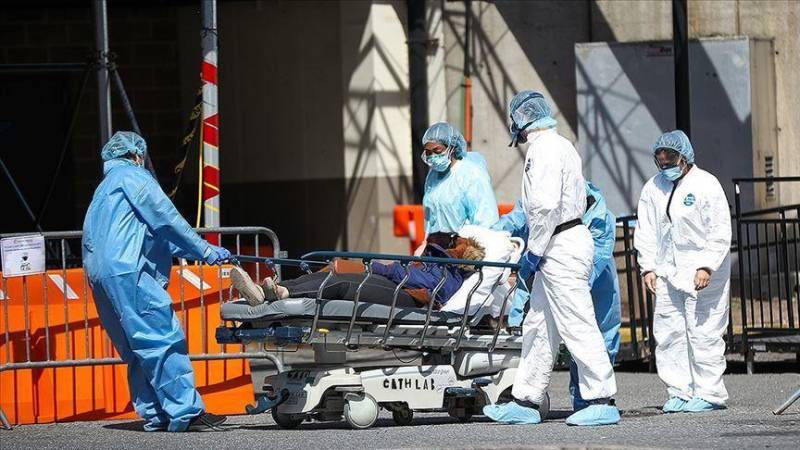 WASHINGTON – The United States broke its previous record for new daily coronavirus cases after more than 488,000 new infections were reported on Wednesday.

Reports in international media said more than a year after Covid vaccines were rolled out, new infections in the US have soared to their highest level since the start of the pandemic.

The new cases are mostly of the Omicron variant which was dubbed as ‘variant of concern’ by the World Health Organization.

The US most populous city New York had the highest number of people hospitalized with infection with 5,772 patients, followed by Ohio, Pennsylvania, Illinois, California, and Texas while casualties are increasing, with a daily average of 1,243.

Reports said more than 60 percent of Americans are now vaccinated and, in many cases, boosted while the new variant has caused infection in fully inoculated persons. The new condition rooted by Omicron has also worsened a labor shortage, caused thousands of flight cancelations, and caused some businesses to shut their operations.

Meanwhile, the UK has also reported more than 180,030 new Covid infections on Wednesday, a new daily record, and over 50,000 more than the previous highest figure.

RIYADH – Saudi Arabia has decided to reimpose social distancing measures in the Grand Mosque and the ...

In France, the number of new infections broke a new record with more than 200,000 cases reported over the previous 24 hours.

World Health Organization Chief has warned the Omicron and Delta coronavirus variants could produce a ‘tsunami’ of Covid cases that will hamper healthcare systems.

Top officials with the UN health agency have cautioned it was still too early to be reassured by initial data suggesting Omicron, the latest variant to be detected, led to milder disease.

ISLAMABAD – The Ministry of National Health Services has warned of a fifth wave of novel coronavirus as the ...

First reported in South Africa, omicron is already the dominant variant in the parts of Europe. Around 92 countries missed a target to vaccinate 40 percent of their populations by the end of this year.