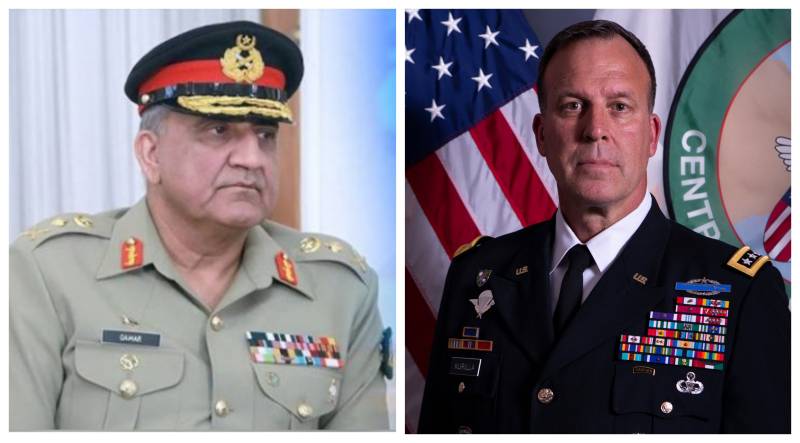 RAWALPINDI – Chief of Army Staff General Qamar Javed Bajwa said that Pakistan valued its relations with US and wanted to enhance mutually beneficial multi-domain relations based on common interests.

Army chief expressed it during a telephonic conversation with General Michael Erik Kurilla, Commander United States (US) CENTCOM on Friday, ISPR said in a statement. .

During the call, matters of mutual interests, regional stability as well as defence and security cooperation were discussed in detail.

Both reiterated the desire to further enhance bilateral relations in all fields.

The commander US CENTCOM acknowledged the professionalism of Pakistan Armed Forces. He appreciated Pakistan’s role in regional stability and pledged to play his role for further improvement in cooperation with Pakistan at all levels.

The high-level military contact comes after COAS Bajwa reportedly approached Washington to request help in getting an early loan dispersal from the International Monetary Fund, as inflation and debt all stoke fears of economic collapse in cash strapped nation.

During his call with US Deputy Secretary of State, COAS Bajwa urged the White House and the US Treasury Department for the quick supply of $1.2 billion to Pakistan.

Earlier, Washington-based lender IMF already granted Pakistan staff-level approval for the loan, however, the transaction will be processed after the multilateral lender's executive board grants final approval.

Meanwhile, International Monetary Fund is going into recess for the next three weeks and its board will not convene until late August, the report said, as the Pakistani currency is falling freely against the US dollar in interbank trading.