If anyone has taught us how to play information operation it’s the ISPR of Pakistan, says ex-Indian General 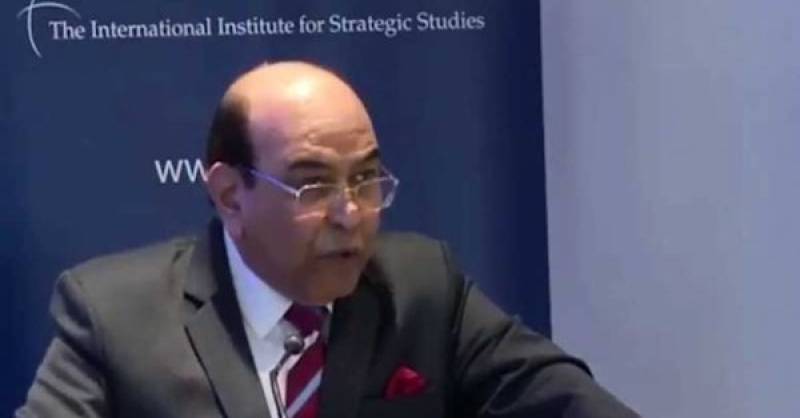 Speaking at a seminar organized by International Institute of Strategic Studies (IISS) in London, he acknowledged that ISPR outclassed the Indian army in information war by connecting with the masses and setting the correct narrative beyond just Pakistani sphere.

He said I give full marks to Pakistan for the manner in which it has played out the information strategy. The ISPR did an outstanding job for Pakistan. Syed Ata Hussain also claimed that India started losing narrative in occupied Kashmir in the 90s and has not been able to gain control since then.

The Ex-Indian General, who also served as the General Officer Commanding of Indian Army's 15 Corps in Occupied Kashmir, said that ISPR brilliantly performed its work for Pakistan by ensuring detailed alienation of Kashmiris against Indian armed forces.

He accused Bharatiya Janata Party's-led government of carrying out the attack in Pulwama in occupied Kashmir, saying that he was aware of the fact that the Pulwama-like incident is inevitable due to the Indian government’s lack of understanding of the conflict.

About Kashmir dispute, the former Indian Army's General said the use of force could not solve the Kashmir dispute, and India would eventually come to give up the muscular power in Occupied Kashmir.

By quoting examples of Iraq and Afghanistan where the Americans failed to achieve desired results, as the US fought the hybrid war by going conventional, despite the fact that they have spent billions of dollars, he said that India and authorities in the country have failed to grasp that “the hybrid can only be countered by hybrid and not by conventional means.”

The former Indian general said that “If anyone has taught us how to play information operation it’s the ISPR of Pakistan who has done it marvellously, I would like to give it back to them, always. Credit to them,” he said.

He further added that India should prepare itself for hybrid war as the time for traditional war has ended.

Speaking about Occupied Kashmir, he agreed that the use of hard power had not worked in occupied Kashmir, adding that India would eventually come to give up the muscular power there.