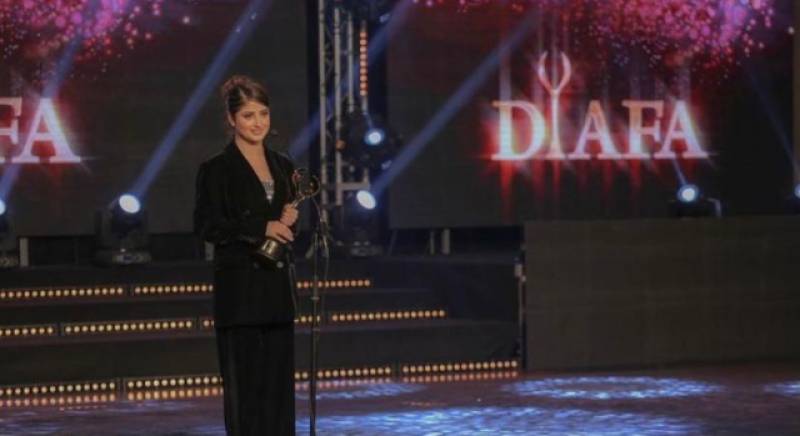 Ace actress Sajal Ali makes Pakistan proud yet again as she is awarded for her contribution for film and television.

DIAFA, a prestigious event was held in Dubai, honours distinguished International and Arab figures for their annual achievements and contributions towards communities and societies betterment and his held annually.

Opting for a gorgeous black outfit for the event, the Pakistani starlet graced the event with her sleek hairstyle and nude dewy glam to complement her overall look. While receiving the award Sajal was beaming with happiness and thanked her fans for being her constant support.

"I'm really honoured to be here. Honoured to be here with such amazing actors and amazing people. I'm extremely thankful to all my fans for believing in me. Thank you DIAFA for this honour."

Sajal Ali was also seated with 365 Days famed star Michele Morrone who was recognised for his contribution to the film and television and also performed on the event.

"This award is special to me not just as an artist, but as a proud Pakistani. Thank you #DIAFA and thank you Dubai for honouring artists from around the world."