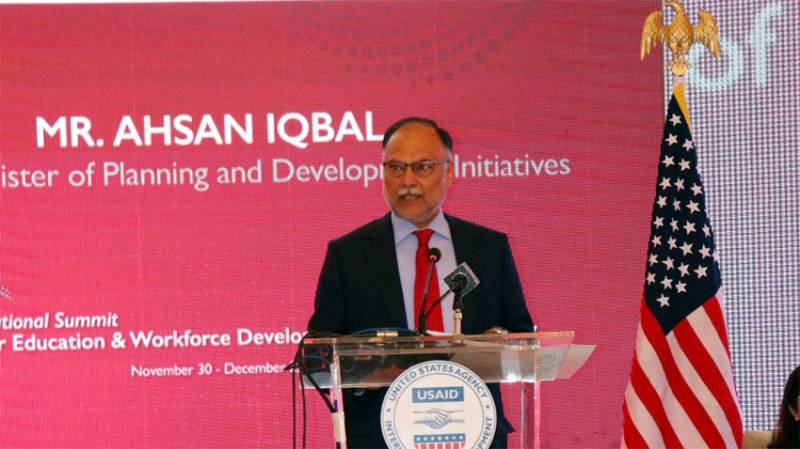 ISLAMABAD – Minister for Planning, Development and Special Initiatives Ahsan Iqbal announced on Wednesday that the government will provide 20,000 scholarships to unemployed graduates.

The minister announced it while addressing an international summit in the federal capital.

He said that the Youth Development Initiatives (YDI) recently launched by the Prime Minister Shehbaz Sharif, will equip the students with skills.

Under YDI, scholarships will also be awarded to the students of far flung areas of the country, he said, adding that the government is committed to educate every child of the country.

He also termed the education inevitable for progress and development of the nation. Iqbal also thanked the United States for their support in higher education sector in the country.

The minister urged the Higher Education Commission (HEC) to produce skilled labor as per the needs of the market.