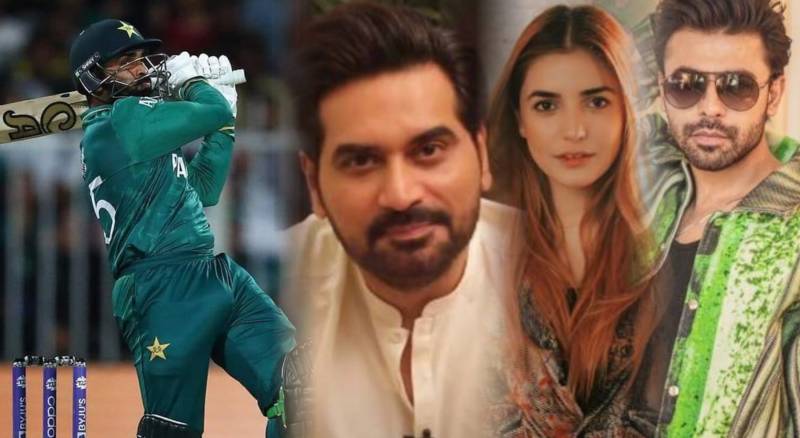 Pakistan’s T20 match against Afghanistan was undoubtedly thrilling and cricketer Asif Ali powered his way into the hearts of cricket buffs with his memorable performance.

Celebrities and the masses alike jumped onto the bandwagon to heap praise on Asif Ali's spectacular performance as he turned the tide smashing 25 runs off 7 balls.

Hitting a series of high-powered shots that powered Pakistan win, the 30-year-old left the nation proud and everyone is echoing the sentiments of pride.

Mashallah we are the best team of the tournament period.

If God forbid we loose a match in a knockout stage itll just be unfortunate. The thrill, the energy , the enthusiasm i see in Pakistan team im this tournament, i dont see it in any other. Mubarak#T20WorldCup21 #PakvsAfg

Another great match, another big win masha Allah. Asif Ali, what a confident player!! To choose to play that over and deliver with aplomb - Well done @AasifAli2018! Good innings by @babarazam258 too. Our chances of reaching the final looking bright insha Allah. Keep it up boys! pic.twitter.com/xS3wunIhnk

Boys in green better get some high level international brand endorsements after they bring home the cup.

Brilliant game of cricket! Very well played by both teams!@ACBofficials kudos to you, and @TheRealPCB - CONGRATULATIONS! Perhaps not too soon to point out the discipline and consistency that our team is displaying ????????

Thank you Asif Ali!!! You are a hero!!!#PakvsAfg
Congratulations Pakistan for the hat-trick of wins in #T20WorldCup pic.twitter.com/AtSpdcR5Gn

Who said Pakistan have a power hitting problem #AsifAli #PakvsAfg

Asif Ali player of the match and pride of #Pakistan said on TV that “I told Shoaib Malik don’t worry I can hit 25 even in the last over” but he did it long before that #T20WorldCup pic.twitter.com/fk19MzDrGH

Pakistan's run chase was at 124-5 with 24 runs needed off 12 remaining balls to bag a win when Ali swooped in and raised the score with a volley of sixes, which ultimately powered Pakistan to victory.