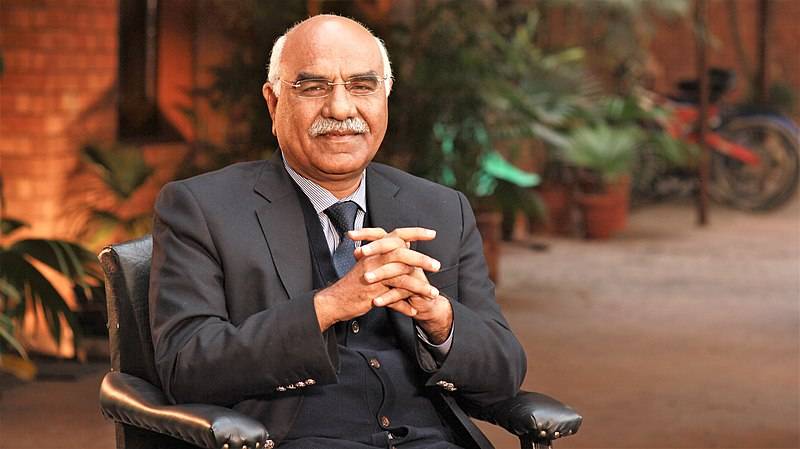 LAHORE – Pakistani philanthropist and founder of Akhuwat Foundation has received this year's Ramon Magsaysay Award for his extraordinary contributions to the eradication of poverty in the South Asian country.

Dr. Saqib is a development professional and a former civil servant who founded Akhuwat in 2001. The organization is now the largest interest free microfinance institution in the world and works in collaboration with state and civil society.

Pakistan gets Ramon Magsaysay Award, popularly known as Asia’s Nobel Prize. @DrAmjadsaqib1 has been awarded this award for uplifting millions out of poverty. This award is dedicated to the people of Pakistan. #Award4Pakistan #Akhuwat pic.twitter.com/jPIFy9gDq0

He is also a recipient of Point of light award by Queen Elizabeth, Best entrepreneur of 2018 by Schwab Foundation and World Economic Forum, Life Time Achievement Award, 2014 by Abu Dhabi Islamic Bank (ADIB) and Thomson Reuters and Sitara i Imtiaz by President of Pakistan.

Accepting this unique and highly distinguished honour, Dr. Saqib, dedicated this award to the poor beneficiaries of Akhuwat and to Pakistani nation. He said this award is endorsement of Akhuwat, an interest-free lending Model and a tribute to the compassion and integrity of his nation.

His NGO has reportedly disbursed more than 4.5 million interest-free loans amounting to PKR 128 Billion to over 3 million families across Pakistan to help its beneficiaries to become socially and financially included members of society.

The prestigious Ramon Magsaysay Award, popularly known as the "Asian Nobel Prize", is presented to most outstanding individuals in Asia for their selfless and extraordinary contribution to their societies.