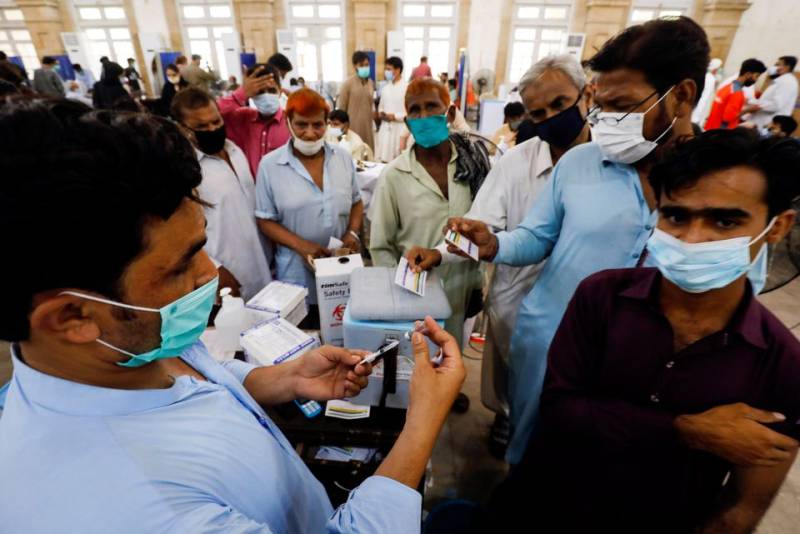 ISLAMABAD – Pakistan’s Covid-19 vaccination drive broke a new record on Monday as more than 1.4 million doses of the vaccine were administered in a single day for the first time since the start of the mass vaccination.

According to the National Command and Operation Centre (NCOC), the country has another record-breaking vaccination day as over 1.4 million people inoculated against the novel Covid-19.

Over 1.4 million doses of COVID-19 vaccines were administered on the 30th of August - This is the highest single-day vaccine administration done across the country!

It also shared that the number of COVID jabs administered in the country now stands beyond 55 million.

Earlier, federal and provincial governments have announced stern measures aimed to boost the COVID vaccination drive across the country.

Unvaccinated people will not be allowed to travel on the motorways and highways from September 15, the motorway police said while the Civil Aviation Authority has also announced to restrict all anti-vaxxers from domestic flight travel.

Earlier, the government has issued orders to Lahore's petrol pumps, barring them from selling petrol to unvaccinated people from tomorrow. Banners have been placed at petrol stations across the metropolis, saying that unvaccinated people will not be provided fuel from September 1.