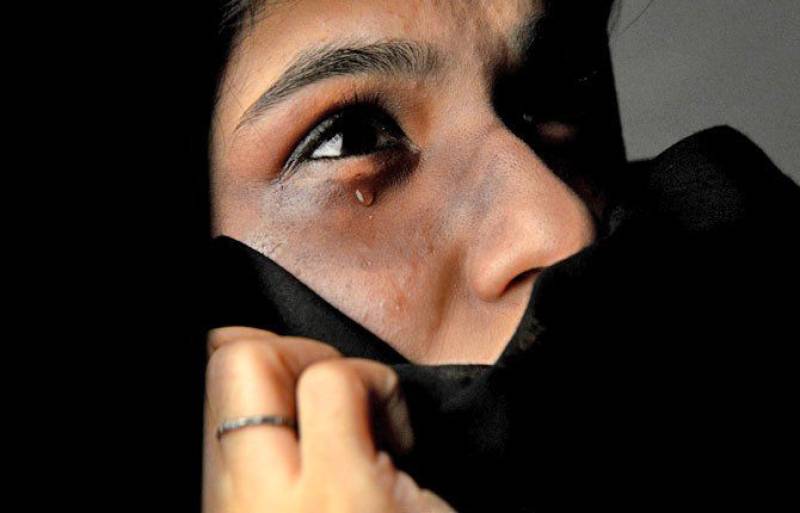 LAHORE (Staff Report) - A police officer opened fire at the house of a woman who rejected his proposal of relationship in Nishtar Colony, Lahore.

SHO Husnain Haider harassed a woman 'F' by sending her messages through a friend and forced her into having a relationship with him. The woman, resident of Pak-Arab Society, declined the SHO's proposal and reprimanded him for harassing her.

In an act of revenge, the SHO along with his accomplices fired at F's house, breaking window glass. However, no one was injured in the shooting.

According to Acid Survivors Trust International, annually 250-300 cases of acid attacks on women are reported in Pakistan, in which the victim rejects a marriage proposal or rebukes a man for harassing her.

Guards of the residential society captured the SHO and his accomplices, and handed them over to the incharge local police station, who released them without filing an FIR.

Global Gender Gap 2014 report of the World Economic Forum has ranked Pakistan among the lowest performing countries in the world with respect to gender equality.

The report emphasized that increase in crime against women in the country is due to "the lack of independence of women, a weak criminal justice system and a lack of societal support for women."

Later, on orders of senior police officials, a case was registered against the SHO and his accomplices, but he was set free. "The case is still under investigation, but we have found out the SHO fired at the house," DSP Iqbal Shah said.

According to sources, despite filing an FIR and the ongoing investigations, SHO Haider continues to roam free, and harass and threaten F and her family.

The International Crisis Group says in its report, Women Violence and Conflict in Pakistan, "Women’s security and their political, social and economic status in Pakistan are undermined by hardened social biases, discriminatory legislation and unresponsive state institutions."