US urges Taliban to become part of Afghan govt 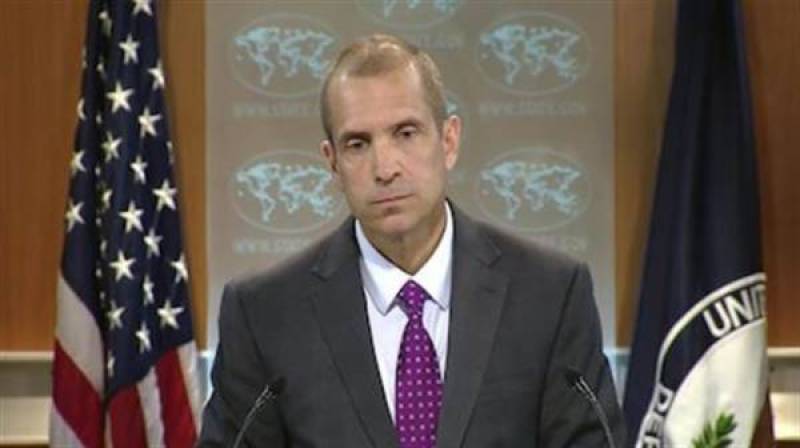 WASHINGTON (APP) - Appreciating Pakistan's constructive role in the Afghan reconciliation process, a U.S. State Department spokesman has encouraged the Taliban to seize a 'moment of opportunity' to make genuine peace and become part of the legitimate political system of Afghanistan.

Responding to a question at a daily briefing, spokesman Mark Toner said Pakistan has played a helpful role in the reconciliation process and the United States wants to see it to continue play their constructive role.

He described the process as a 'clearly a moment of opportunity' and encouraged the Taliban use this to make genuine peace with the Afghan government and to rebuild their lives and peace in Afghanistan.

"They can accept the government of Afghanistan's invitation to join the peace process and ultimately become part of the legitimate political system of a sovereign, united Afghanistan supported by the international community," he said.

The comments by the U.S. State Department came after Pakistan announced to postpone the second round of the Afghan peace talks, scheduled to be held on Friday (July 31) in the backdrop of the reports regarding death of Taliban chief Mulla Omar and resulting uncertainty, and at the request of the Afghan Taliban leadership.

A foreign office spokesman said in a statement issued in Islamabad that Pakistan and other friendly countries of Afghanistan hope that the Taliban leadership will stay engaged in the process of peace talks in order to promote a lasting peace in Afghanistan.

"It is further hoped that those forces, which due to their malafide intent wanted to undermine the peace talks, will not succeed in their designs," the statement added.