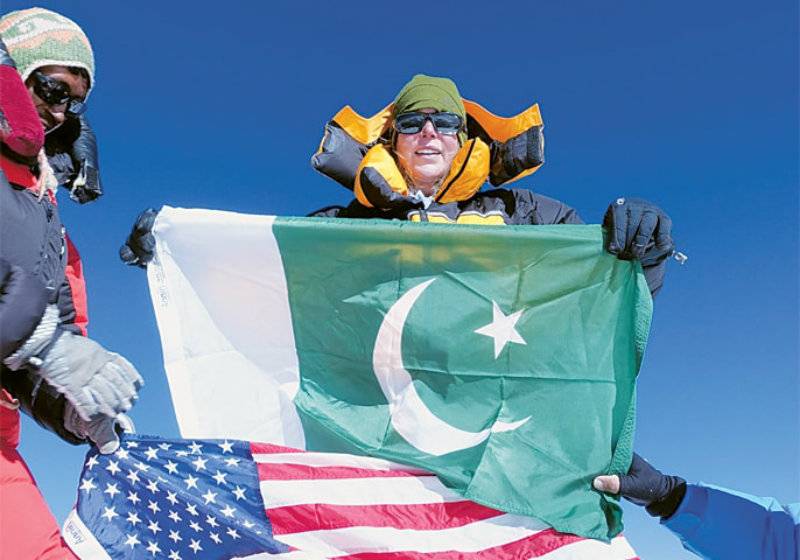 ISLAMABAD - A 52-year-old woman recently conquered K2, the second highest peak in the world that lies between Pakistan and China, becoming the first British-American mountain climber to accomplish the feat.

On her achievement of the remarkable feat, Vanessa O’Brien paid tribute to Pakistan by posing with the country’s flag atop the mountain. She also held the flags of Britain, US, UN Women and American Red Cross, and posted the pictures on Twitter.

One most important flags I carried to the top of #K2 was #Pakistan, a country that has showed me so much love & support #PakistanZindabad pic.twitter.com/sM5oB9bIeL

According to the Forbes magazine, O’Brien is the first American woman to climb the treacherous mountain.

The Alpine Club of Pakistan said on Sunday that O’Brien, who has also scaled Mount Everest, reached K2’s summit on Saturday and began descending from the peak the same day.

Authorities said on June 19 that a nine-member international team – comprising climbers from Scotland, China, Norway, Pakistan and Nepal, and led by O’Brien – had left for Askoli from Skardu to attempt a conquest of K2.

Back to K2 base camp after summit - Thank you for all your well wishes and prayers they got me up and down - More… https://t.co/PfTpt6IGFT

On July 23, the team reached the base camp and on Saturday it had reached the peak of K2. 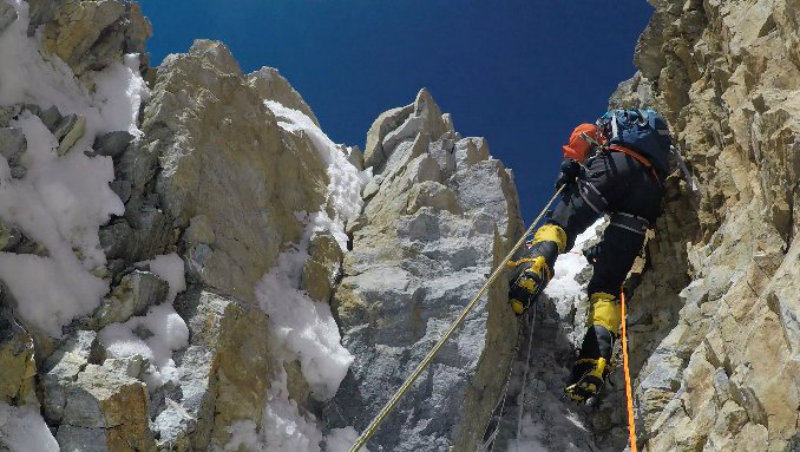 K2 is the second highest mountain in the world after Mount Everest. It is located 8,611 metres (28,251 ft) above sea level and lies on the border between Baltistan, in the Gilgit-Baltistan region of northern Pakistan, and the Taxkorgan Tajik Autonomous County of Xinjiang, China. 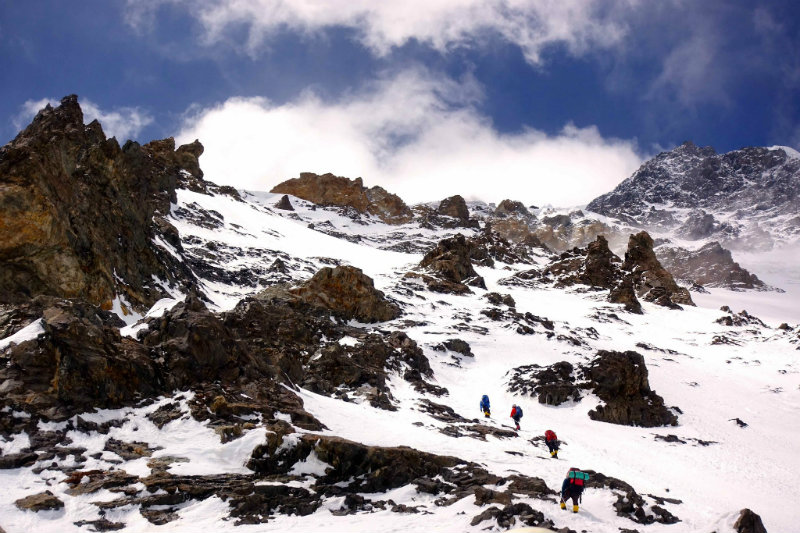 Often called the ‘Killer Mountain’, this peak is counted among the most treacherous ones for climbers. On an average, one climber out of four loses his or her life while descending from it.