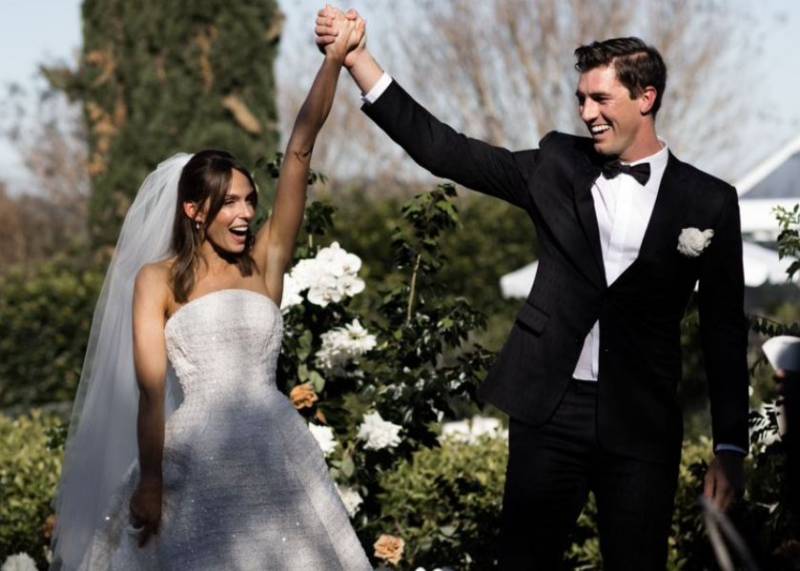 Pat organised the wedding event at the Chateau Du Soleil, a French-inspired destination, in the presence of their family and friends, on July 29.

The 29-year-old shared the news of his marriage on his social media handle. The cricketer was congratulated by his teammates and fellow cricketers.

Becky also took to her social media where she shared her big day, underneath a black and white picture of her stunning engagement ring.

Pat and Becky met back in 2013 and announced their engagement in June 2020. Becky earlier revealed Pat had proposed during a romantic picnic.

The lovebirds live in a multi-million mansion near the Sydney beachside. They also have a baby boy named Albon Boston Cummins, who was born in February 2020.

Cummins becomes the captain of the Australian Test team since November 2021, replacing Tim Paine after his sexting scandal. He is known to be the first fast bowler to lead the team in its history.

Shan Masood gets candid about his love life in rare interview