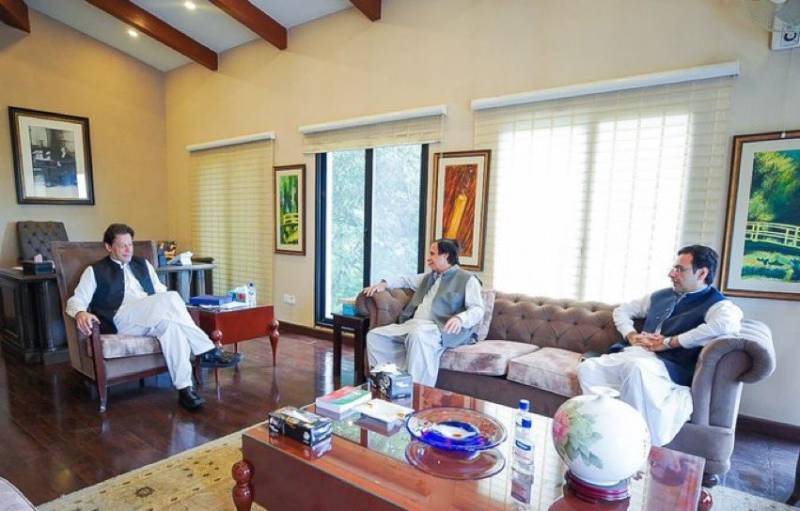 LAHORE – Punjab Chief Minister Chaudhry Pervez Elahi reassured PTI Chairman Imran Khan that he would dissolve the Punjab Assembly without any delay once he gave the call.

Elahi gave the words at a meeting with the former prime minster at his Zaman Park residence in Lahore. Several PTI and PML-Q leaders were also present in the meeting.

The PTI chairman in final showdown of his long march had announced plans to leave all assemblies in order to put pressure on the Centre to call snap elections in the country.

Following Khan’s announcement, Elahi announced that he would oblige to the instructions of the PTI chief.

Taking to Twitter after today’s meeting with Imran, the Punjab CM vowed to disband the assembly without delay of a moment.

Saying the provincial assembly belonged to Imran Khan, he pledged to support every decision of the PTI chief.

He said that those who wanted to create misunderstanding will not succeed in their designs, adding that Imran Khan is indispensable for Pakistan.

Elahi also welcomed the idea of the opposition brining a no-confidence motion against his government. They will face defeat like they suffered in the past.

He said that govenor’s rule could not be imposed until the PA session is underway.

Amid PTI's final move, the ruling alliance members are also having meetings to chalk out a counter-strategy. Prime Minister Shehbaz Sharif held two separate meetings with PDM parties. In one meeting, the premier discussed Khan’s move to dissolve two of the four provincial assemblies with PPP leader Asif Zardari.

PTI will resign from all assemblies, announces Imran Khan

Amid the 'panic-like' situation in the government camp, the prime minister further formed two committees to diffuse Imran Khan's move.